A Plague on Both Your Houses 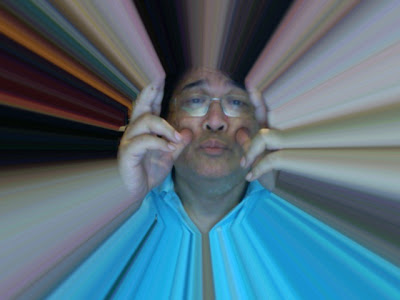 I was amazed to read on Wikipedia that I am "a critic of the Thaksin regime". As a matter of fact, my criticisms have always been doled out with utter even-handedness to pretty much every government ever to run this country. I guess I should not blame Wikipedia, which is after all composed by anyone who wants to compose it, and the information about me is generally pretty accurate, though I've had to intervene personally a couple of times to correct sheer facts, such as when someone said that I'd been to a boarding school in Switzerland.

Now that traffic is at a standstill because of more political protests, and the prime minister's house is just a 2 minute walk from mine, and his sister has become my literary agent, it might be necessary for me to explain that Wikipedia's contention that I've been a critic of the Thaksin regime doesn't mean that I haven't been a critic of its successors. After all, it was the regime after Thaksin's that tried to censor my opera Ayodhya, and about which I wrote my famous "open letter to the prime minister" which, I believe, has been read by about three people.

However, it would be wrong to imply that my criticism has been over things like corruption or buying the election. Those things are all par for the course around here; Thaksin was better at it, that's all. He had many brilliant ideas. Of all the people to have had the post of prime minister, Thaksin is one of the few who might conceivably have been posssessed of genius. His succumbing to hubris was perhaps, therefore, inevitable. The tragic flaw comes with the territory.

No, all this talk of corruption and greed underlies far more serious problems. The use of the lawsuits to silence the press, for instance, whilst pretending to uphold the freedom of the press. The extrajudicial murders disguised as a drug war and the hypocritical announcement of victory, the tone-deaf response to the muslim question, are to me far worse than cheating on one's taxes to the tune of a few billion baht. Yet no one complains of those things. That is, I think, because when we look into the heart of an enemy, we tend to see ourselves. Corruption sees corruption.

The righteous indignation of Thaksin's opposition, however, went beyond the pale when they started to say that the poor shouldn't vote because they're too stupid. Even if they believed that, there are ways to say these things that do not cross the political correctness line ... such as suggesting that money be poured into rural education to enable the poor to make more informed judgments not colored by bribery. That was the moment when they lost my sympathy. Taking over the airport was simply dumb. It basically obliterated the moral high ground.

When I watched Abhisit's speech on TV last night, however, I must admit that his words were so balanced, so reasonable, so intelligent, and so well thought through, that surely this man cannot remain in office long. Thailand's system tends not to reward reason, intelligence, forethought, or balanced judgment. Brute force, brazen lies, and lining one's pockets are generally considered the most desirable traits in a Thai prime minister. Though naturally I have a vested interested in seeing an Old Etonian in power, I worry. I fear that he is simply too good for this job.

I want to say, however, that these two people do, in a strange way, have something in common. They are both operating in an intellectual universe far beyond the graft-driven grind of normal Thai politics. And I don't think that either one of them is understood by the majority of his own supporters.

If we can get through the weekend, we'll probably be okay. The Songkran festival is supposed to wash away the sins of the past. I wouldn't know. I probably won't get wet. I'm a Songkran hermit.