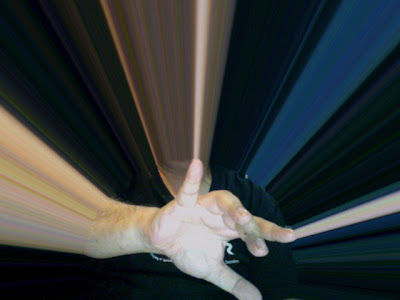 I woke up today with the TV still on and watched as the red shirt leader calmly gave himself up and the protesters, who had vowed to fight to the death, were calmly making their way towards the buses which will eventually take them home to the remote provinces from which they were originally recruited. The government is giving them air conditioned buses with free boxed lunches. In all this, there seems to be virtually no indication that any of the protesters wanted not to go home to some remote province ... they're just not from these parts.

Now, this has got to be the most nonviolent quelling of a citywide riot in history. If you do not believe me, let me draw your attention to the Rodney King riots in L.A., Tienanmin Square, Soweto, or any other remotely similar situation in living memory ... including some shameful episodes when this country was under the control of the military.

In three days, Abhisit has grown from an overeducated milquetoast to a formidable statesman who actually delivers what he promises, and Thaksin has shrunk from a satellite-beamed messiah to a ranting madman. Of course, the tables could still turn. They often do in this volatile world. They could even turn tomorrow.

Still, I'd rather get back to work on my overdue novels, operas, cantatas, and what have you. Of course, political crises have a direct impact on the number if blog hits I get, so if there's a side effect of more people buying my books....
Posted by Somtow at 12:27 PM