And Now Comes the Post-Mortem 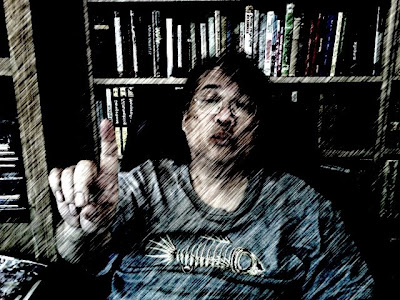 Two days ago, Bangkok looked down into the abyss. One day ago, it all died down, and by evening the hookers on my street were partying hard.

Today, everyone is in punditry mode. I have spent the day dissecting the dissections instead of doing my real work. It seems to me that the international press's reaction to Bangkok's angst falls into several main categories, ranging from misinformation to willful ignorance. Nevertheless, within twenty-four hours of the quelling of the riots, it was clear that the international media were backpedaling, using hindsight to pretend that they had known the whole time what was what in the knotty skein of Thai politics.

CNN and the other networks are engaged in storytelling. Their techniques are those of any good novelist. There must be a protagonist you can identify with. There must be noble causes and dark forces, a bright moment, a dark moment, and then a triumphant slug-out in which the entire problems of the universe are reduced to the actions of a single hero. Why do I know all this? Because I do it for a living.

To get viewer to watch the news (and to sell the products in between the news stories, which are what commercial TV is about) ... you must bend reality into this larger mythic truth.

It was clear, in this case, that the exigencies of storytelling were severely at odds with reality. Now the revisionism begins.

Now, it turns out that Luke Skywalker was actually Darth Vader. Now we learn that the rebel headquarters on Alderan is actually the deathstar. And facts that have been conveniently shuffled about in order to bring out the mythic storyline must be reshuffled.

It's not just the media that do this. People also do it to themselves, because we are all heroes in our own mythic journey which, one way or another, we strive to make conform to the Platonic ideal of mythic journeys.

The "yellow" team was never a huge monolithic alliance of the forces of conservatism, seeking to stamp out freedom, The "reds" were not a seething mass of proletariat workers throwing off the yoke of the capitalism elite. Both sides are uneasy and highly volatile groupings of people who barely trust each other and wouldn't be seen dead together if their self-interested agendas didn't happen to coincide. The "class war" which the international media seem so intent on making this into is just a cover.

One thing is clear: the plan may well have been for the present prime minister to function as a puppet of the military, but he managed to get them to work for him instead. And he did so using a whole new armory which has never been tried in the 77 years of Thailand's so-called democratic existence: weapons like reason, transparency, and a willingness to acknowledge that the other side might have genuine grievances.

Thaksin, too, brought new techniques into the political arena during his tenure. Everyone has always blatantly purchased the rural vote, but Thaksin, having purchased it, also gave them things other than money. I found him exciting and refreshing at first. But his regime also saw new lows in human rights and press freedoms. The killing of suspected drug dealers whose names happened to appear on blacklists that seemed to be quota- rather than fact-driven was shocking. So was the appalling use of brutality to subdue the muslim minorities in the south of Thailand. As a member of a government committee on talented children, I saw first-hand evidence of wastage and when I objected to the purchase of dozens of $5,000 chairs for a new children's center on the grounds that it might be better to spend such vast sums on the children themselves, the grant money already approved for me to help children in music mysteriously didn't materialized and we were subjected to a frivolous spending investigation. I had to pay for the program out of my own pocket though the government's name was on it.

It was apparent that this government was in fact more fascist-leaning, more graft-ridden, and more corrupt than what it had replaced.

Naturally, I thought the yellow shirts were a wonderful thing at first, and though I felt that the 2006 coup was a bit over the top, the odd thing is that intellectual freedom seemed to get better after it happened. Then, they censored my opera (or tried to). But that was really a bit of a joke. It wasn't really the junta, to be honest; it was little people trying to curry favor, and blowing it big-time.

After the election, however, the new government again failed to disburse funds for a noble cause they were supposedly supporting (this time for an opera project) which they had approved a week before the election, miring it in red tape and bureaucratic process. This time, I had to borrow money from friends and family to put on events which bore the logo of the prime minister's office.

I have therefore been personally shafted my quite a few of these governments, one way or the other, and have actually ended up involuntarily subsidizing them. But I digress. I just wanted to let you understand that I have had some personal dealings with some of these regimes.

The yellows were a lot of fun, and had great music and a party atmosphere, and had really important issues that needed to be aired. But then they had to go and say that poor people were too ignorant to vote ... a big, big, big, big blunder. How could these western educated elitists make such a political correctness faux pas? Simple. Because they're not all western elitists, any more than the reds are all bumpkins. Thaksin himself came from the very same moneyed elitist group he pretends to distance himself from, and a fair number of the military types are in fact sterling examples of the uneducated masses themselves. This entire dichotomy is basically a literary device.

The yellow's second blunder was to seize the airport. Because they were no longer any fun. They had become a nuisance.

And -- this is very important -- the fall of the government really had little to do with them seizing hte airport. The judicial review of the corruption charges was complete with due process, and it s was the judiciary that fired the government. A completely constitutional process.

The coalition that finally formed was also a result of a completely constitutional process. Abhisit assumed power with the same legitimacy as George Bush in his first election; he may not have won the popular vote, but he had a majority where it counted -- in this case, cobbled together from his party and the fringe parties and Thaksin defectors. One may disagree or not like it, but to say that his premiership is illegimate is simply untrue.

Back to metapunditry for a moment.

We must conclude that there are no blacks and whites in this whole mess. There are a lot of losers but there is, I think, a small victory. The military learned their lesson and did not attempt a coup. Despite Thaksin's ravings to CNN (none of which CNN bothered to try to substantiate) there seems to be no evidence whatsoever of the army killing anyone. It would be difficult to hide such evidence in this digital age especially when the press was invited to every military outing and they were all timed for daylight so that nothing could be hidden. But what seems to have escaped all but the most persicacious members of the foreign press is that the terms of discourse in Thailand have changed. An entire system of concepts -- brutal suppressions of dissent, banana republic militarism, democracy versus fascism, and so on -- is no longer relevant here. That is all old hat now, and the clever ones are scrambling to adjust. Politics as usual was trumped by reason ... which had never been tried before. It was a huge gamble on the part of Abhisit and it was way outside the box. It barely worked, but it was also the only thing that had the remotest chance of working.

We might, in fact, be at the dawn of a new age -- the very new age which Thaksin promised but reneged on -- an age of transparency, reason, and fair play. It may not happen, of course ... it is a very fragile thing. I'm skeptical, but hopeful.

The above has of course been yet another retelling of the hero myth. Hopefully, more of the facts will fit this time.
Posted by Somtow at 4:28 PM