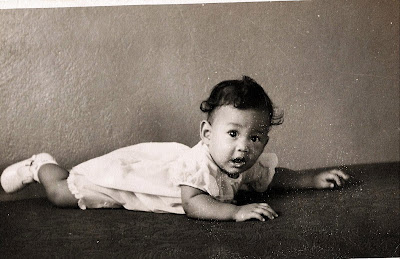 Now that I am well past the midpoint of my sojourn on his this planet, I suppose I must start thinking of the past; after all, for me there is a lot more past than future. Yet one still cannot help thinking that one will live forever. Perhaps that's true; if not in the flesh, then at least in people's dreams; or haunting their houses from time to time; if not as a spirit, then perhaps as a cloud of particles, a matrix of energy.

I wonder whether dreams come from a place within, or a place beyond. Sometimes, within and beyond are used almost interchangeably, but in fact one's choice dictates, ultimately, whether one believes in a solipsistic universe or whether we think there is such a thing as objective reality.

I use the word reality rather than the more emotionally charged word truth, because I already believe that the two are wholly separate concepts.

This morning I woke from a highly significant dream of which I can barely remember anything. I know it must be significant because I have been struggling to remember all day. But there is another dream which came to me in November, which I cannot forget. It has informed everything I have done since then. But I'm enjoined from discussing it for now. The dream I mean, because some might interpret it in a political way.

Instead I should probably talk about Trisdee's piece Eternity which he premiered last week. The raucous whine of the pi java over the slow-moving chords ... all semibreves ... in the strings ... is strikingly original and strikingly simple. Simplicity is something I have been trying to impress on Trisdee for seven years. He has such a convoluted intellect that it is hard for him. Why not? It took Shakespeare decades of carbuncle-encrusted verse to reach the sublime simplicity of Lear's "Never. never, never, never, never."

After my writer's block broke a few months ago, I started a new novel … well, trilogy, actually. The trouble is, though everyone keeps telling me how great it is, New York doesn't seem to be biting. I'm a little bewildered at this, because it's been a long, long time since I had this kind of trouble, and it was always some work that departed radically from my previous work — Vampire Junction and Jasmine Nights both, for instance, rejected by a couple of dozen publishers before proving to be my two most popular novels. Well, it seems to be happening again guys, so either it's really original, or I've lost the touch.

I gave a reading of a couple of chapters at the local library, however, and they were so riveted they have asked me to read this book monthly ... and are going to charge a $30 subscription fee! So ... this, at least, is going to make me finish writing the novel....

Well, then again, the entire publishing industry is collapsing anyway. Soon we're all going to be self-publishing our POD books and the Publishing Megalith will wither away....
Posted by Somtow at 3:41 PM No comments: 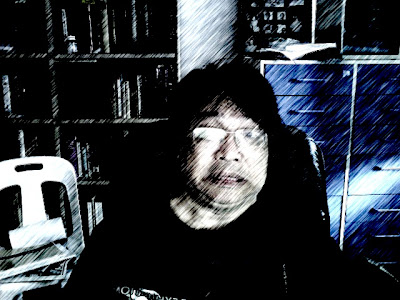 A bit of a panic all week when we discovered that the score of Charles Ives' Unanswered Question was missing from the house and office. I'm doing a concert on Sunday that was inspired by Charles Ives' piece ... in the sense that all the pieces that the orchestra will play seek to deal with unanswerable questions of life and mortality.
***
... and now it's Tuesday, and we've had the concert. Thanks to www.sheetmusicplus.com, who were actually able to express a score from America in three days! And as for the concert itself … the orchestra has really been pulling through. And the world premiere of Trisdee's new piece, Eternity, was a shattering experience for all. In many ways it's the best concert we've done. I am now starting to feel like a real human being again. I will soon be posting some excerpts from that concert, perhaps on our youtube channel, so you will all see....
***
Well, I had a very strange dream about the Bangkok Symphony Orchestra. I dreamed that I stumbled upon them trying to play Parsifal in a shopping mall....
***
What, indeed, is the Unanswered Question? Is the answer "42", as my late college contemporary Douglas Adams would have it? There were times, during that concert, when I finally thought I could glimpse the answer. But I haven't figured out the question.
Posted by Somtow at 3:09 AM 1 comment: 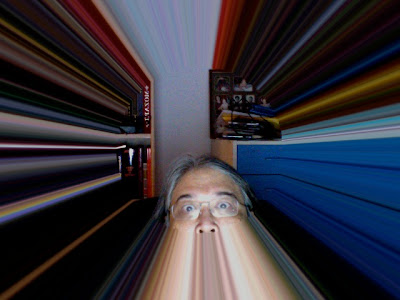 Well, I did in fact play John Cage's music at a concert for almost an hour and a half ... just me, four pianos, a plastic rake and a spare USB cable.... surprisingly, everyone stayed until the end.... the peripherals shown in the video aren't normally used in One(2), but just as Cage used the I Ching to select what notes to put in, I've used the score itself as a kind of giant I Ching, often going off on tangents.... 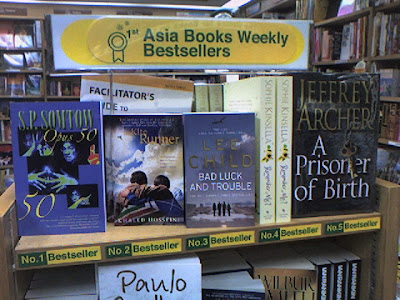 Here it is ... No. 1 on the best seller list.... at my advanced age, beating out Kite Runner and Lee Child. Perhaps Thailand is the center of the universe after all.
Posted by Somtow at 4:39 PM 2 comments: 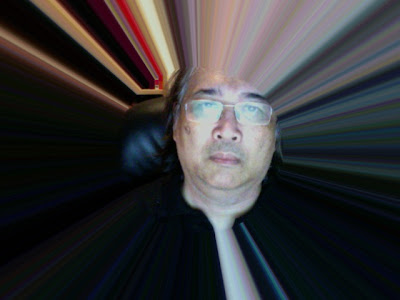 Why is it still important to play Cage's music? It's all pretty old hat by now, and the radical ideas seem curiously passé. But I think there's life in the old rebel. It's worth reiterating the philosophies for this new and increasingly materialistic generation. And, while there are few who would consider Cage the greatest twentieth century composer, he might well arguably be called the most influential.
Posted by Somtow at 12:40 PM 5 comments: