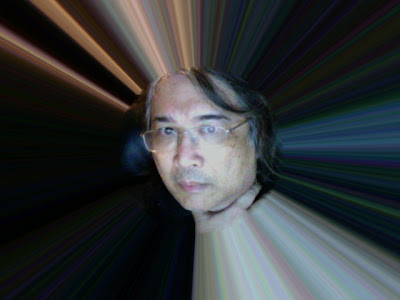 On Friday I managed to add the President of Singapore to that very, very short list of heads of state whom I have actually met and had a conversation with. (Let's see, how short is it? Queen Juliana, Queen Beatrix, Queen Elizabeth, King Carl Gustav … oh, and course, Prince Zere-Yacob, the uncrowned Emperor of Ethiopia, but we were in school at the time … that's it. A very very short list.) However, the circumstances were much more baroque than those other encounters; I met the President at the opera.

La Traviata at the Esplanade … not a bad opening night, with a very well directed death scene. I always like to see Nancy Yuen perform. I won't offer a detailed critique here, but the sets were extremely clever and the costumes lavish. I really had a great time.

During the second interval I rushed to talk to my friend Kay, whose parents were best friends with my parents in Holland in the 1970s. She was seated about 12 seats away from me, surrounded by many other local luminaries such as the chairman of the Singapore Opera's board, the ex-chairman, and such like. We chatted merrily for quite a bit before she said, "Oh, by the way, do you know the president?" The president was, indeed, sandwiched amongst all those opera movers and shakers.

And what a generous, gentle spirit he seemed to be. We talked about cooperation between our opera companies and setting up a common costume shop; he knew a lot about opera. It was, in fact, quite a constructive thing and the president promised to come to my next production if he was available. Indeed, I've never had a more substantive conversation with any head of state, though I've sometimes had longer ones.

The next day was an absolute revelation when I went down to the NUS campus to hear some students play chamber music. Although the principal fiddler snapped a string and had to repeat the entire second movement, nobody minded hearing it again. Indeed, it was musically and emotionally a far more satisfying experience than most operas I've been to, and I began to wonder whether I was in the wrong business. We took a string trio to a restaurant afterwards, where they consumed enormous quantities of Tiger Beer.

In the morning (my morning, that is) en route to the airport, I decided to buy lunch for all the Thai music students at the NUS conservatory. One of the more embarrassing moments I had was that I didn't recognize Teung, an extremely talented pianist whom I've known since he was about 12 years old. I suppose it's because I carry this image of him in my head as "a child". I wasn't alone in this, though; Trisdee, who has known him even longer than I have, didn't recognize him either. He's quite the young man.
Posted by Somtow at 9:53 PM No comments: 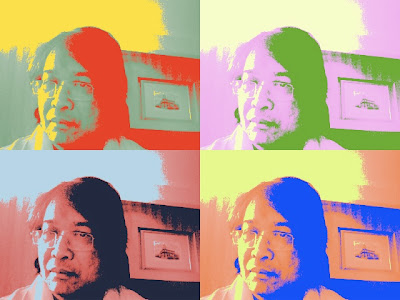 Miss the kid a lot. We put a chair out for him in the viola section in case he wanted to come down and play.
Posted by Somtow at 9:05 AM No comments:

Another Day, Another Dollar 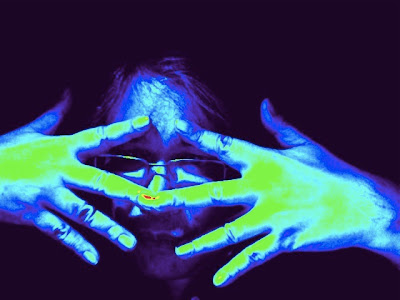 Today I was excited to receive a check for $1.50 from my New York agent. This check had flown 12,000 miles to land in my mailbox. To what did I owe such a massive windfall of royalties? Apparently some kind of court order, in which all the creditors of a now defunct New York publisher/packager got a piece of the company's "assets". My agent, the redoubtable Eleanor Wood, prefaced the cover letter (and I am sure that it cost more in her and her secretary's time, stationery and postage, to send it to me) with I know this is ridiculous, but.…

Well, I have to admit that this is the lowest royalty check ever to grace my mailbox. It certainly gives me pause....
Posted by Somtow at 11:40 AM No comments: 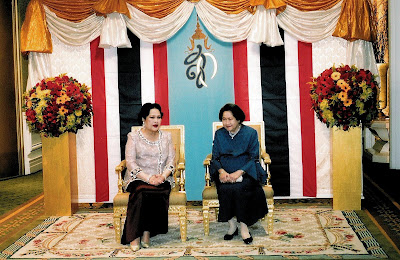 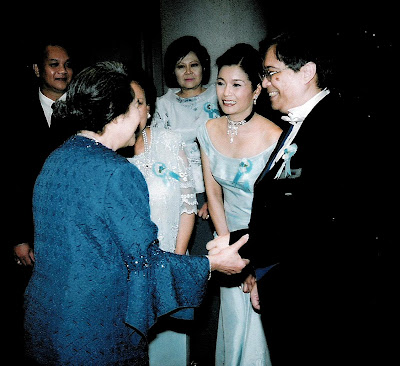