My final days in Olomouc 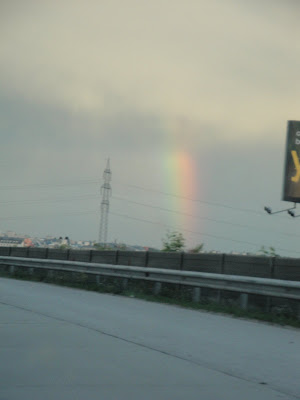 I'm so busy putting on THAIS right now that I can barely keep my eyes open at night. So, all the reports about everything are coming after the 25th.

Meanwhile, I leave you with a picture of a rainbow, to show that I still have hope....
Posted by Somtow at 2:18 AM No comments: 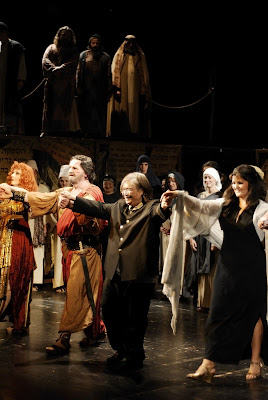 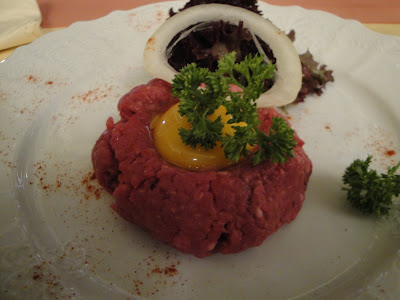 Food, food, food, food, food! The founder of the festival, Jiri Klimes, is amazingly hospitable and every day we are treated to extraordinary, rich, rare central European viands. Two nights ago, the local Philharmonic had a big concert with Anna Maria Popescu, a Canadian soprano I had already heard many good things about. Since there are only a small number of restaurants in Olomouc, we ran into each other after the show; since there is only one top hotel there, we also ran into each other at breakfast. Now, I'm hoping she'll do a master class in Thailand ... I am sure she would do really well here with the young singers ... she has the kind of charisma that can really inspire.

And here's a fine photograph of what they eat here ... raw beef with a raw egg on top, to be mixed by the diner with raw onions and assorted condiments ... yum! I was always a bit afraid of steak tartare, but this was so good I had it almost every night!
Posted by Somtow at 3:21 PM No comments:

The Slovenes hit the streets

After their victory, the Slovenian men's chorus ran out into the street and began, as it were, making a nuisance of themselves ... much to everyone's delight.
Posted by Somtow at 12:25 AM No comments: