50 Lashes with a Wet Noodle 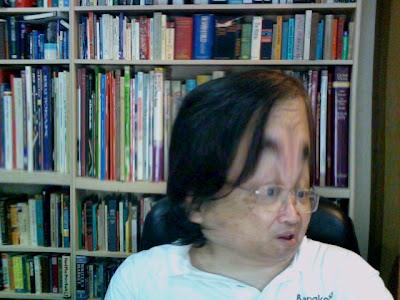 Now that the country has been plunged into shame and dark despair, I thought it might add some perspective to note that in The Nation's powerful video of the stalwart citizens of Silom deflecting the depredations of the ravaging redshirts, the people's weapon of choice was not the Molotov cocktail, the AK-47, or any of the more usual tools of political dissent. Nay, rather, the marauding hordes were repelled by a much more original, and very Thai, assault weapon — the strategically projected bowl of noodles. Entire vats of noodles were eventually pressed into service.

Maybe now the world's democracy pundits will take us seriously!
Posted by Somtow at 1:54 PM