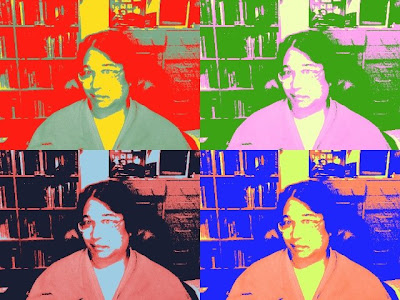 I received a comment on my blog (published elsewhere) in which someone asks me, basically, how I can project an optimistic, transparent society in a culture that enforces grovelling....

It would be easy to say, "Oh, this person just doesn't understand Thailand." That is the standard answer Thai people often give. But it is a question that deserves a more complex answer, because, in reality, a lot of Thai people don't understand Thailand either — rather, Thai society does not encourage people, nor do they have the inclination themselves, to examine the historical bases of their culture.

I use the commentator's word "grovel" throughout this blog post, with its jarring connotations, but there isn't a word in Thai that means "grovel" in the exact sense of the English. In English the word "grovel" implies that the groveller is a lower being, but in Thai a word such as "kraab" actually elevates the person referred to, and indicates that he has refinement. This makes it very difficult to discuss the issue. There's little semantic overlap between the terms of discourse.

In western culture, there is an association of grovelling with abject servitude. People see it as abasement. But in Thailand, the ability to grovel beautifully is a mark of a cultured sensibility and good manners. And, while people here don't usually bother to think this through, the fact is that even the highest members of royalty grovel to ordinary monks, and there are a lot of ordinary monks. This cyclical nature of grovelling prevents it from being the sort of sword-and-sandal "on thy knees, thou miserable cur" type of thing that westerners might expect.

If you as a visitor to Thailand have been a guest at a decent hotel like the Oriental in Bangkok, and have sat down in the lobby for a coffee, you may have been amazed to find the waitress serving it to you on her hands and knees. Perhaps it surprised you that she didn't act like an oppressed peasant while grovelling, but did it as if it were the most natural thing in the world. Within this culture, it is. People who cannot grovel elegantly aren't considered insufficiently oppressed in this country; rather, they are considered ill-mannered or uneducated.

My friend the eminent intellectual Bob Halliday, years and years ago, when he was still new in Thailand, was having lunch with HRH Princess Chumbhot of Nagor Svarga (an old friend and distant aunt of mine) one day. It was the 1970s and the communist threat was always under discussion. The princess said to Bob, "Let the communists come! I'm perfectly happy for them to take over. I'd love to see the entire aristocracy swept away and replaced with a classless society!"

At that moment, an aged servant came crawling into the room. Slowly and arthritically, she wormed her way across the floor in order to pour a cup of tea for the guest.

"But princess," Bob said, "how can you say such a thing with this servant crawling around on the floor?"

Princess Chumbhot said, "Until you understand that, Mr. Halliday, you will never understand Thailand."

Thirty-five years later, Bob Halliday understands it all. He could probably explain it better than I could and his Thai is certainly better than mine.

A century ago, the western-leaning and highly revered King Rama V abolished grovelling at court. But guess what? It slowly worked its way back. People who have grown up in Thailand in the last half-century do not realize this, but I have seen it even though I missed much of the process. Elders in my family who were alive in those times, including my great-aunt who was Queen in the reign of King Rama VI, told me that there wasn't as much grovelling for a while. Yet even the most revered king in the history of this dynasty could not legislate away something so profoundly intrinsic to this culture's sense of identity. Could it change? Undoubtedly, but (to quote the Freudian light bulb joke) it would have to want to change.

The fact of the matter is that people here love to grovel, love to do it as beautifully as they can, and don't feel demeaned or abased by it. Grovelling occurs at all levels of society and in all sorts of very fluid situations. And it is not actually compulsory. Indeed, on virtually every occasion when I've been in a situation where grovelling might be called for, the distinguished grovellee has always said, "Oh, don't worry about that, sit in a chair."

In the last hundred years, Siam has therefore moved from absolute monarchy with less grovelling to democratically elected governments with more grovelling. Therefore, I want to tell commentarians in the west who equate grovelling with servitude that the model doesn't really fit here. It is, in fact, the dreaded cultural imperialism to say that it does ... but that's a can of worms of another color.

Conclusion: It might be hard to see this from an outside perspective, but I simply don't think the grovelling thing is going to have much effect on whether this country can end up with a transparent and reasonable system of government. I think a massive investment in the education and living standards of the masses might be more effective than abolishing a few rituals.
Posted by Somtow at 9:01 PM