Stumbling on Chapman in the Eton College Library 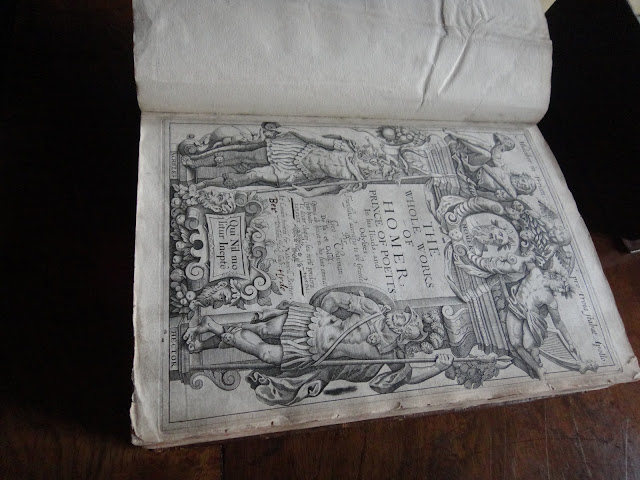 
They stood in Darien, little knowing how
A poet would allude to them long thence.
Their lives as metaphor remembered now
More real than real, intenser than intense.
They came; they conquered; now they’re gone.  But I,
I too have held those pages, knowing Keats
As one might know the earth, or sea, or sky,
As pillar of my world.  Against deceits,
And disillusions, and entropic fears,
Beauty and truth do blend a powerful potion.
My tired corpus piqued by time and tears,
I stand on Keats and see a farther ocean
Where Darien itself stands not, or ever
Silent, for the tide flows backwards never.


One of the astonishing things about my return to Eton in September was that I could finally physically connect with things that were only alluded to when I was a boy.  Including this copy of Chapman's Homer.   Of course, when Keats was my age, he had been dead for 33 years.  My feelings when hearing Michael Meredith read Keats to us kids were probably not too different from the feelings Keats had when he opened this book.  In particular, his rendition of To Autumn made my hair stand on end.

My own poem is of course a silly one by comparison, but I've been trying for years to prevent that venerable old lady, the Sonnet, from flatlining.  Watch for my book, Sonnets About Serial Killers, coming out next year from Diplodocus Press (which is my own ... following another venerable custom, though I may have written the odd bestseller for a genuine publisher, for poetry (and even doggerel) vanity publishing is one's fate.
Posted by Somtow at 2:58 AM