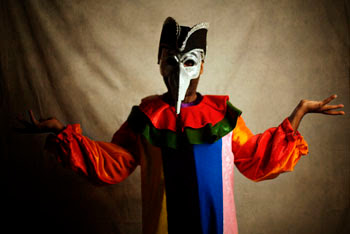 From 'Boheme' to Beethoven, there's plenty of aural delight from the Bangkok Opera

The Bangkok Opera's second World Opera Week, five years after the first, opened last month with Beethoven's "Ode to Joy" and closed with its most popular tear-jerker, "La Boheme".

Along the way there was enough spectacle and excitement to uphold Bangkok's place as the epicentre of opera in Southeast Asia.

Somtow Sucharitkul and Bruce Gaston presented a sneak preview on November 15 of "An Alien Opera" at the Bangkok Art and Culture Centre. An orchestra, chorus and singer Zion Daoratanahong improvised a weird fantasia involving a giant robot that just happened to be standing in the atrium, courtesy of the visiting "Twist and Shout" exhibition of contemporary Japanese art.

Although deliberately designed to be gibberish, the opera was surprisingly comprehensible. As Somtow explains, "There are a few universal stories that all art tells."

More sneak previews followed. On November 19 at the Stock Exchange of Thailand auditorium, the Thailand premiere of the newly discovered "Ave Maria" composed by Puccini was sung by tenor Israel Lozano. The Bangkok Opera HIV Awareness Project, featuring performances by talented children, some of them living with HIV, was one of the most visible features of the festival.

The Puccini presentation didn't make up for the announced delay in what would have been the festival's climactic event - the premiere of Bruce Gaston's "A Boy and a Tiger".

That's been postponed until spring because of safety issues with the complex staging, but a large part of the opera was heard during the SET preview, and the next day as well at the Fest der Deutschen at the Shangri-La Hotel. It was certainly enough to whet the appetite.

On November 23 the festival opened with an idiomatic, highly charged performance of Beethoven's "Symphony No 9 in D minor", using the soloists who were already in town for "La Boheme", as well as members of six different choirs, Thai and Japanese.

The performance showed the Siam Philharmonic in top form and demonstrated that its triumphant Thai premiere of Mahler's "Symphony No 5" last July was no fluke.

Somtow has moulded the symphony with the youngest average age in the country into an ensemble with an enviable grasp of style.

The festival's closer "La Boheme" evoked a hearty response from its audience, which ought to have been much larger because this truly was opera on an international level, with a near-ideal cast.

Although Israel Lozano - Placido Domingo's big "discovery" - was sensational, as expected, and Nancy Yuen's deeply felt Mimi was in top form, the surprise of the production was young Thai soprano Zion Daoratanahong.
She certainly proved up to the challenge of her first big role among some of the world's most experienced singers. Darren Royston's direction was frenetic, with five dogs, angels, clowns, ballet dancers, and even a Bollywood sequence racing through the second act.

By the morning of the final performance, the buzz was on the Internet.

The reviewer at NotesfromThailand.com raved, "The Bangkok Opera's production of 'La Boheme' is world-class at every level, yet still infused with all the love and enthusiasm of any community-theatre production that's born out of the participants' love for one another in celebration of art and culture.

"Some opening-night audience members commented they'd been mysteriously transported to London or Milan or New York without ever leaving the Thailand Cultural Centre."

"I may be a rank sentimentalist," wrote David Giler, producer of the "Alien" series, "but I was moved and I loved it. It was particularly fun to go with somebody who'd never heard it before and was completely knocked out by it.

"The singing and staging was superb, and the orchestra has never sounded better. It was first-rate by any standard."
Posted by Somtow at 1:39 AM