I don't know why you say goodbye, I say hello 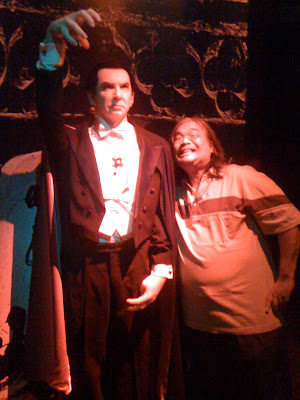 Three weeks ago, I resigned from the Bangkok Opera, effective December 1. I didn't do this for temperamental reasons, but because I want the Bangkok Opera to become a real opera company, not Somtow's insane folly. I am tired of playing the Klaus Kinski role in Fitzcarraldo.

When I founded the opera ten years ago, my goal was create a viable national opera. But the word "viable" means "able to exist without Somtow." About four years ago, this goal seemed on the verge of being achieved. We had the beginnings of proper funding, we had a semi-permanent production team in place, we had more or less a PR department and a publications department. In the last two to three years, by a slow attrition, all the jobs have devolved upon me, and I have also been forced to pay for the opera out of my own pocket or by borrowing money from friends and relatives.

Artistically, this is has been our best year. After three near-collapses, we have what everyone acknowledges to be the most accomplished opera orchestra in the whole region and one that has achieved tremendous successes outside opera as well -- Mahler 5 and Beethoven 9 were two of our most successful concerts. We have had the two most consistently high-standard opera productions in our history back to back. Both our "Thais" and "Boheme" productions would clearly not have been out of place in most of the world's opera houses.

However, during the month of November, I found stuck myself with all the major jobs myself. I had to stay up all night designing the programme book, had to rush from meeting to meeting to raise money and had to foot the bill myself when those meetings did not bear fruit quickly enough. I had to postpone receiving my own salary (which is almost all given back to the opera anyway). I had to do the rehearsal schedule, track down props, try to persuade world class artists to work cheap, auction off some of my personal belongings, and deal with a host of problems from which the artistic director of an opera company is normally protected.

When I submitted my resignation to the board, I explained that I could not both kill myself physically and emotionally AND simultaneously bankrupt myself ... that there was a physical limit beyond which my messiah complex could not grow.

A week after my bombshell which just happened to coincide with our most artistically successful production ever, four members of the Bangkok Opera inner circle had a secret meeting and outlined a plan for finally putting the "Vanity Project" label to rest.

It might just work, and my much-needed vacation might just be cut short. More news shortly!
Posted by Somtow at 7:25 AM