I Have Seen the Dragons on the Wind of Morning 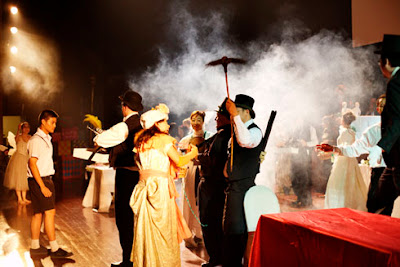 I posted The Nation's review of the World Opera Week below only to show that it's not just me saying that the Bangkok Opera has reached an artistic peak this year.

I'm waiting with baited breath for the results of another meeting of the Bangkok Opera's new junta, which is supposed to occur this week.

We are not out of the woods, but it is important to acknowledge that one is in the woods so that one can beat a path out to the next clearing....

Meanwhile I am having a great vacation (not much of one to some, perhaps, but it's been amazing just to go to Madame Tussaud's with my child ... and run screaming through a haunted mansion ... and other mindless pursuits. 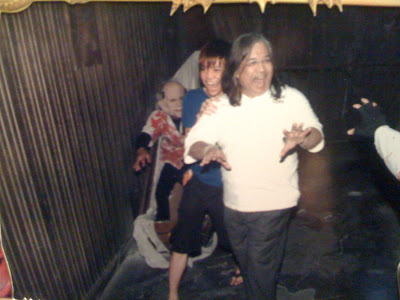 Today, my young concertmaster Ruaychai turned up to go through Mahler 9, but somehow found time to watch the entire first Star Wars trilogy.

I discovered a remarkable thing. One discovers such wonders, when one has a moment to think, a luxury denied me until I fired myself from the opera. This is what I discovered:

The opening of Mahler 9 is chillingly similar to the opening of an early 20th century Thai classical piece, Waves beating on the Shore. They have in fact the exact same melody, treated in a very similar way. And when you understand "the shore" as a metaphor for death (as in Ursula leGuin's The Farthest Shore, one of the books that most influenced me as an artist ... from whose pages the title of this post is taken, btw) ... when you understand this what you see is that two vastly different cultures, at the same historical moment, hit on the same sequence of notes and found in it an identical meaning.

So, I talked to Bruce Gaston about it and the minute he actually thought about it, he realized it as epiphanically as I had.

So, on January 20, we are going to preface the Thailand premiere of Mahler 9 with Fong Naam performing that work.

It's a connection that could only have been made in Thailand. So, distant as we may seem from the world of turn-of-the-century Austria, there are strange confluences, and new ways in

Of course, I'm going to have to come up with money for this concert, as the Bangkok Opera is in reorganization mode. The Siam Philharmonic is only allowed to do revenue-neutral events. We can be ground-breaking, but not bank-breaking.

So I've hit on this idea: I want to find 100 "Gustav's Angels" for each concert in the Mahler Cycle. Each one has but to to donate the modest sum of 100 Euros for all the costs to be covered. Can it be done? Would anyone reading this like to become one of these very special people? Get in touch with me and you will get four major perks for becoming one of Gustav's Angels ... (a) a VIP seat at the concert should you wish it (b) an invitation to the exclusive diplomatic reception after the show (c) your name published in the list of Angels in the program book (d) the joy of knowing that you've subsidized free or low-cost tickets for many students and young music lovers who otherwise couldn't experience Mahler live in Thailand....