From the Emergency Room..... 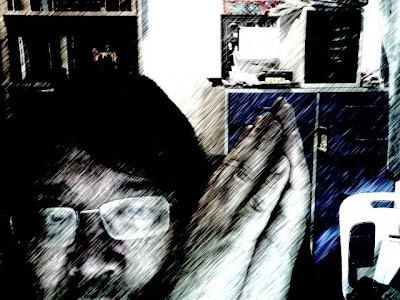 An interesting quote from The Nation this morning:

"As more protesters poured into Government House, where music continued to play and defiant speakers continued to address vociferous crowds, the state of emergency declared by Prime Minister Samak Sundaravej Tuesday morning seemed to have serious effects on only one person —himself."

The Bangkok Post's front page had a huge red-bordered editorial that began "We strongly disagree with the declaration of a state of emergency...."

So … the day after Samak's huge parliamentary debate on Saturday, my mother went to the Sunday market (Jatujak), where she saw Samak buying salted fish. To her amazement, she watched the fish merchant express sympathy for the embattled PM. "My blood was boiling," she told me.

This goes to show just what kind of a state of emergency we have here. The besieged head of this government seems to have no trouble picking out fresh produce in the world's largest open market. He's not exactly surrounding himself with armed guards. Meanwhile the protesters are apparently quite pleased that the military is in charge. Far from running in terror, they're all saying, "We'd rather have the army; we trust them more than the police."

And that -- for the benefit of my friends checking into this blog from foreign shores -- is the size of it. Watching paint dry is, I believe, about the level of excitement experienced by the average person in this town. Should you decide to fly into Bangkok tonight, you will find the temples, massage parlors, ripoff DVD stalls, and exotic fruit markets all thriving, and you will be hard pressed to locate the "action". Indeed, it really only centers on two buildings: a TV station and government house … quite far from the urban bustle.

In fact I spent today at a curious little music competition at ABAC (Assumption University) itself a curious (but not little) institution, a huge mini-city of monumental, slightly Spanish looking architecture, a vast chapel which is a scale model of the Basilica of St Peter in Rome (complete with copy of the Pietà of Michelangelo) and acres of gold and marble. This incredible building will hopefully be the site of the production of my new Requiem: pro Matre Musicae which I am composing for HRH Princess Galyani Vadhana. 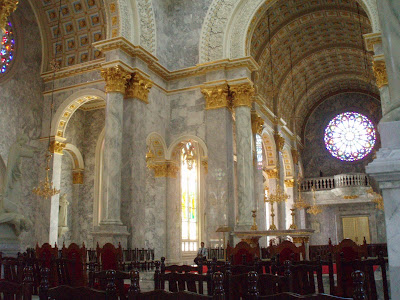 This is really an astonishing spectacle and one which I believe will be an incredible venue for the piece I am composing which involves about 200 performers. This is the piece of which two movements magically disappeared from my hard drive and into the aether. I have never had so much technical trouble with a piece of music, and it's either God's way of telling me to stop, or one of those Job-like tests.

A new rumor: apparently, at 7:30 am, Samak will address the nation ... according to the rumor, he will resign. Another rumor says his wife is making him do it. Well, I guess we'll know in a few short hours. I am going back to composing now....
Posted by Somtow at 4:30 PM