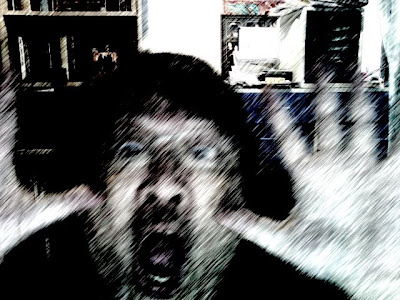 To my surprise, I woke up to find the city under a state of emergency. No one, however, seems to have noticed. I have of course been fielding the usual worried phone calls from friends in foreign lands watching CNN, to whom I have to explain for the umpteenth time that it's really no big deal. Most people around me think the fuss has gone on too long already; after all it's been a quarter of century since the time of radical demonstrations in Thailand. Of course, there is really no limit to human idiocy, so anything could happen. My maid was surprised I knew about any of this since I don't watch television, so I had to explain that it was on the internet. I asked my secretary about whether she had been affected and she said, "Oh, that's not on my way to work."

The last time a PM declared a state of emergency in Thailand, as I recall, he was simply ignored. Indeed, I find now that my blogger is no longer blocked, and the Bangkok Post website this morning was very careful to state in its reportage that it had not been censored. Surely this state of emergency has not been declared solely in order to get my American and European friends to call me! Surely there are larger issues involved than vanity and stubbornness, but I haven't noticed them yet.

Trisdee returned from Holland yesterday and immediately said he would cook. He hates the food in Amsterdam and has taken to making Thai food himself. He has acquired a passionate interest in cuisine.

A couple of months ago, my mother and I were guests on a radio show in Bangkok, one in which the hosts often discuss herbs and spices. In the middle of the show, Samak called into the show and started discussing food and cooking with passionate enthusiasm.

When Trisdee went on and on last night about the lunch he was going to make for me today, I wondered whether the art of cooking could serve as a new kind of transdimensional gate, and whether I might wake up the next day with Trisdee as Prime Minister and Samak giving the next harpsichord recital....

Oh well. Tonight I'm taking a choir rehearsal. If more than five choristers show up, and we discuss politics by mistake, I'll be blogging from the gulag.
Posted by Somtow at 11:17 AM