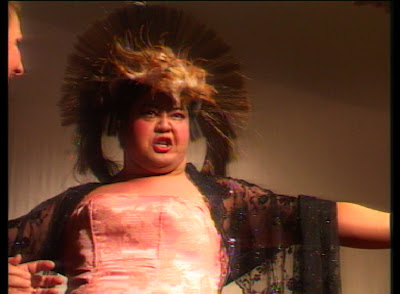 To quote the sorceress from Purcell's Dido and Aeneas — depicted here in a murderously vile performance by Pitchaya Kemasingki — "Ha, ha, ha."

On the one hand, I am fascinated by the endless speculation on how the government is going to get out of this no-win situation. On the other, I would have to say that the no-win situation seems to have become the situation of choice for the powers that be here.

I've never been that good at predicting political outcomes. I predicted that Gore would win the election. Well, of course he did win, but heaven and earth were moved. and divine powers called into play, just to invalidate my prediction....

So perhaps I'll resume this post when I know the answer.
Posted by Somtow at 12:42 PM