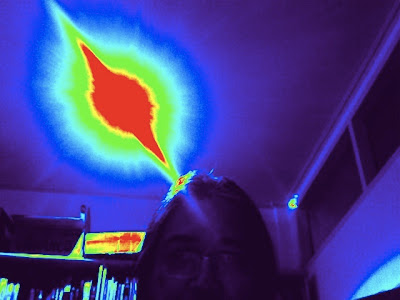 Okay, I'm not exactly glued to the TV, but all the staff in my office are. As of a little while back, they had been announcing the verdict for several hours, but had only disposed of the Democratic Party's alleged peccadillos; they absolved them. Those of the TRT remained a suspenseful subject. It's now quite late at night, however, so I would like to assume that the likelihood of riots is quite small at the moment.

Now it's around eleven pm and I'm checking on google news. Well it seems not to be going that well for the TRT. Maybe the morning will bring riots, but somehow I doubt it. I saw another interesting piece of news on google news, however. It said that the Thai government was now planning to ban blogspot. I'm not making this up! It's on a website called "mathaba.com" or something. I wonder if it's a reliable source.

Maybe this will be the last entry you see in my blog!!!! Aaaaaaaaaaahhhhhh. Better push the publish button now ... just in case....

Well, the Bangkok Post's "Breaking News" website has revealed that the TRT will be dissolved. Well, it's certainly true that that election was pretty bogus. And yet the hysteria seems misplaced; it's not as if elections were pure before.

So it's time for more serious issues. I have been whiling away the time waiting for this verdict by dashing off some scurrilous sonnets and working on my long overdue novel, "The Stone Buddha's Tears." I shall now return to those labors, if you can call them that.

It's 4 in the morning and Trisdee, from Holland, has emailed me an astonishing pop song that he wrote. It seems he has quite a gift for tunes and lyrics. Perhaps, once he's conducted Mahler 3, he will turn to becoming the next Barry Manilow....
Posted by Somtow at 9:27 PM