Of Kids and Compasses 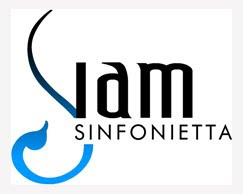 After the big Sinfonietta concert last Sunday, which raised money for those affected by the Bangkok's recent violence, I was feeling very good about our kids.  I mean, here is this orchestra of 13-20 year olds, just four months old, and they're tackling really difficult music, like Beethoven 7, and sounding very believable indeed.  And doing the concert for the city of Bangkok was the kids' own idea.
Then, an odd thing happened.  One of our M.P.'s, Anik Amaranand of the democratic party, had the idea that this orchestra, assembled as it is from some of our most talented kids without any consideration of their social background, might provide be a sort of microcosm of our country -- in its best aspects -- and that the Sinfonietta might be almost a poster child for reconciliation.
I am opposed to using the Sinfonietta as a political tool, but I agreed to let her hand out an anonymous questionaire to test her theory.  It is of course only a small sample, but there have been some fascinating results.


Are these, the most talented and creative young people (14-21) in our community, "yellow" or "red"?
It's a surprise.
42% of our kids don't sympathize AT ALL with the reds, and 35% don't sympathize AT ALL with the yellows.  15% are fairly sympathetic to the reds, while 21% are fairly sympathetic to the yellows.  NONE OF THEM is "very sympathetic" with EITHER color.
What I found even more impressive was the answer to the question: "Would you do something illegal or immoral if asked to by a beloved and respected authority figure?"  44% strongly disagreed and 36% disagreed.  This means that 80% of our kids have a problem with being asked by authority figures to do things they know are wrong.
63% strongly disagree that it is acceptable for a leader to be corrupt even if he benefits the country. The rest either disagree, or only agree "somewhat".  NO ONE AT ALL agreed totally with the premise.
This proves to me that, among the brightest and most creative young people around me, there is a far more centered moral compass, and a far more balanced view of right and wrong, than we might have imagined.
This survey has given me an unexpected optimism about the future of this country.
What follows is the opening statement that I made at the kids' concert earlier this month.  I was thrilled to discover that what I said has been proved by the results of M.P. Anik's survey.  (I realize now that it was eccentric to be quoting Isaiah to an audience of Buddhists, but then again when I was a Buddhist monk, I preached a sermon comparing Phra Wetsandorn and Abraham and Isaac.)
WHAT I SAID AT THE CONCERT
When the young members of the Siam Sinfonietta, Thailand’s newest youth orchestra, told me that they wanted to do something special to help heal our wounded city, I was moved by their sincerity, their commitment, and the purity of their vision.   Reconciliation is truly a pathway of which it can be said, “A child shall lead them.”
I was moved but I should not have been surprised, because this is a very special group of musicians.  We spent an entire year finding them and they represent many segments of our society, many regions of this country, and an entire spectrum of religions and ideologies.  They are united only in their superlative musicianship and their absolute determination to perform the greatest music ever written with the greatest commitment and passion they are capable of.  In that these children have have come from such diversity towards a togetherness of purpose far greater than themselves, they are a microcosm of an entire nation.
We have all felt a special affinity with the governor’s initiative because he is a person who is clearly seen by all to be reaching out to all sides.  M.R. Sukhumbhand, you have proved yourself to be a governor not just for one segment of this city, but for all of us.  Every baht donated today will go toward your fund to help those affected by the crisis, regardless of color.  You have our absolute trust and our abiding hope.
Finally, I would like to say to our young people that the world sees what you do.  Your gesture of generosity and empathy has not only been noted by the media in Thailand.  A reporter from the Associated Press filed a story, and two days ago news of this concert was carried in the New York Times.  By yesterday morning, the news was in a dozen major newspapers around the world and by midnight last night I counted over a hundred mentions worldwide, including news organizations like NBC and Fox, and more than eighty newspapers.
From this we may learn that in the eyes of the world what these children believe, and what they have done, is as important as any pronouncement by a politician, or any act of a political entity.   These children have a voice.  The road to a peaceful future is difficult and dark, but their dedication and compassion may give us light enough to see our way.
Posted by Somtow at 11:58 PM