My Own Private Road Map 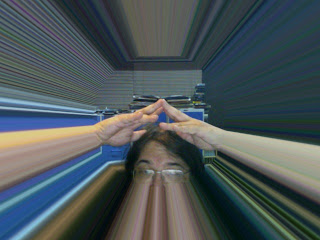 Before I went to China last week, M.R. Usnisa of the Bangkok Post happened to ask me "Well ... if you were prime minister, what would you do?"

This is the kind of question we all ask ourselves sometimes.  And most of the time, we realize that, much as we would want to change the world, we ourselves would rather have that responsibility belong to someone else.

Nevertheless, it's true that, just as a private little fantasy, I had already drawn up a road map of my own.  When she found out, she asked me to email it her ... which forced me to dig it out and look at it.


1. A Complete Overhaul of the Educational System.
Make high-quality education genuinely universal.  Work to end the "unquestioning rote learning" philosophy of education that pervades even the best institutions in the country.  Take a good look at revisionist textbooks.  Encourage schools to teach openmindedness in analysing the lessons of history.  Teach kids to question their teachers.  Teach teachers how to teach.

2. Work towards inclusivity by battling linguistic and ethnic prejudices and by decentralizing.
Dialects shouldn't be treated as "second class".  Speakers should be empowered and not made to feel inferior.  It should be acceptable to teach school and make official pronouncements both in standard Thai and in regional dialects.  Speakers of standard Thai should be taught the linguistic principles of these dialects in school so that they stop being able to pretend they don't understand them.  This should extend towards minorities as well.  If a country has a single center, that center is an Achilles heel.  Make regional centers more important and give them the ability to decide for themselves how local issues should be handled.  In giving up some control, the center in the end becomes stronger and more credible.

3. Prosecute all sides equally if egregious breaches of law have occurred.
Don't let anyone who performs acts of vandalism get away with it even if the government thinks their viewpoint supports their own.  If the government does decide it should deal gently with those who break the law, it should still set clear limits, boundaries that no side may cross. Such limits should include seizing airports, city centers, arson, and intimidating people with opposing viewpoints with physical threats.

4. Make corruption socially unacceptable.
But don't just keep saying it's a bad thing.  Attack the root causes.  Make sure officials have real salaries instead assuming they will eke them out with bribes.

5. Make freedom of speech a central tenet of policy.
This doesn't mean endorsing hate speech or speech that incites violence.  But when such speech occurs, it should be dealt with through legal channels or with clear, unambiguous guidelines, and there should be judicial review of any government attempt to deal with such speech before any action can be taken by the government.

***
I sincerely believe that if those five points are addressed, the end result would be to address most of the things that people find problematic about Thailand's society today.  Elections would become real expressions of the well-thought-out opinions of real majorities — something that has never been true in any election in the history of Thailand.  Society would understand that agreeing to disagree is already a step forward.  It's not just that parts of this country are way behind the education curve; it's also that the parts that are ahead are not always told that thinking for yourself should be education's ultimate goal.  Real education is the key to narrowing the income gap as well.

In fact, I would submit that everything may well derive from this point, so perhaps the road map should actually consist only of a single item.  Too simplistic?  Yeah....
Posted by Somtow at 11:48 PM