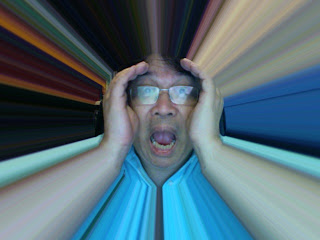 Today, it is all about fakery.

The army says that the bullets on May 10th were fired by fake soldiers who were actually working for the reds.  They say their own bullets were fake.  The reds say that any reds shot anyone, they were fake reds.

If both sides are to believed, everything is fake.

May I therefore refer you all to the teachings of the Lord Buddha, who tells us that the entire universe is an illusion.

It may well be that believing it's all fake is the only way to deal with the world.
Posted by Somtow at 3:32 PM