What do I really think about Preah Vihear? 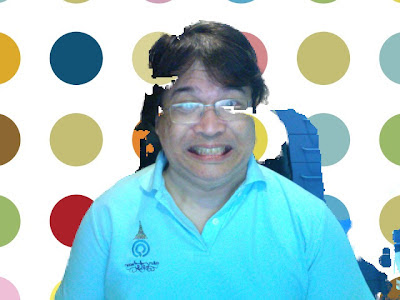 Last week I was invited to be one of the judges at a huge international choir competition in Pattaya, organized by some Czechs. When I got there, the competition wasn't so huge after all ... although there were five categories, the number of contestants had somehow dwindled to just two. One of the two was an Indonesian youth choir. Naturally, they were a bit put out.

Well ... I asked what happened. Oh, they said, "recent events" had made all the European choirs pull out in fear. What events, I wondered? Um, the earthquake in China. So, if there was an earthquake in Bratislava, you would forego a choir competition in Madrid? I asked, marvelling at the geographic wisdom of the typical European. They hemmed and hawed, and eventually I figured out that the average person in the west thinks that we are in the middle of some huge war with Cambodia.

That would of course be impossible; my country's skills at war are such that generals outnumber privates two to one, and Siam is the only country in the world to have lost both sides of the second world war. (Or won, depending on how you look at it.) The likelihood of anyone here attempting a real war with a country one tenth its size, which just happened to defeat the greatest military power in the world a mere 40 years ago, is not too high. There are much more important social issues in Siam to address. For instance, a school out in the remote boondocks became the first to install separate toilets for transvestites. Let no one in the world accuse Thailand of being behind the sociological curve!

My dad is one of the few people alive today who was on the legal team during the infamous Preah Vihear case. The other day he gave a talk on it and elucidated with great clarity the complexity of the issue. But you know, what I really think is that we could go on forever laying claim to this and that. Maybe the best solution is for Southeast Asia to become a borderless federation in which the exact delineation of a few square meters of land is truly irrelevant. (Of course, such a borderless federation would de facto be ruled by the biggest, meanest member of the family … whether that member is going Thailand is really a question of what Thailand's self-image really is.) Ultimately, the sour grapes over this temple conceals a far bigger thing: the sense of fury and frustration at having lost all those thousands of square miles of land to France and never having got it back. But no one is really saying this.

The Austrians have laid claim to Mozart, Mahler, and Sigmund Freud. Mozart came from Salzburg, which, at the time, was not in Austria, but was an independent country. Freud and Mahler actually came from what is now the Czech republic. England thinks that Handel and Mendelssohn are the most quintessentially English of comnposers.

I believe that what we need is a new way of looking at the concept of ownership. For the entire recorded history of humanity, ownership has been largely thought of as belonging to whoever managed to actually squat on the land, keep the jewel in the hand, have the power of life and death over ... it has been thought of as dependent on the ability to exercise power over something.

But when you think of things that way, then there is generally always a "rightful" owner with a prior claim to everything. Thailand can certainly claim that it is the "rightful" owner of ninety thousand square kilometers of territory now inside other countries, because the treaties under which it was handed over to colonial powers were signed under duress, and we don't believe in international piracy, aka colonialism, anymore. But then it could be said that all this territory was conquered from the Khmer Empire by the Thais, and should be returned to the Khmers; and then Thailand should get Southern China back because of the depredations of Kublai Khan, and so on. Italy should get Somerset, because the ruins at Bath are clearly Roman ruins, but shouldn't Wales get England, because the Anglo-Saxons stole it from the Celts?

Perhaps, in this new millennium, we should be thinking in terms of a new kind of ownership: virtual ownership. As Buddha once wisely observed, nothing really exists. Why should not owning the idea of a thing be as real as having the physical thing under one's control? If we could all believe in virtual ownership, we could all lay equal claim to our past. Of course, this is a dangerously radical notion, so I should shut up before I get censored again.

Meanwhile, the Czechs are having another go at putting on this choir competition next year. I intend to help them get more people … and hopefully convincing people in Europe to look for Thailand on the map before they panic....
Posted by Somtow at 1:37 PM