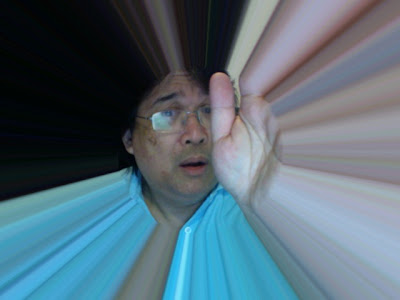 Last month, I reported a humiliating experience — I went to give a reading only to find an audience of zero.

I thought I would sit back and catalog some of the less humiliating experiences of the week — maybe that will lend a fresh note of optimism to this blog. It is perhaps sorely needed after all this talk of death.…

• Here's something. A signed copy of one of my books is selling for a thousand bucks on some website in Minneapolis. I stumbled on it ... Here's the link. Who would ever have thought it? Now if someone would actually PAY that.... Someone's also selling a copy of my "V" tie-in book for $284 ... heavens!

• The Czechs have struck back - now I am to be a judge in the competition on their home turf - where they have promised me something like 160 choirs will be competing! They even offered me a conducting dig for their local Philharmonic.

• I did win this vast national award that seems, according to Wisekwai's blog, to have been created especially for those who would have won the National Artist Award if only they hadn't been so "controversial".

• None of my hard drives have crashed this week.
Posted by Somtow at 11:20 PM