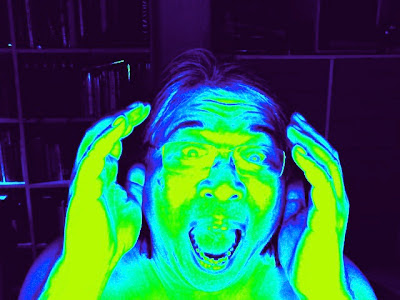 ***
This week came the official announcement that I have won a new national honor, the Silapathorn Kittikun Award, for my contributions to the arts. The award has come to me, I suspect, through an enormous amount of political maneuvering (though not on my part) and signals a dramatic change in the Ministry of Culture's attitude towards me. I feel that perhaps my career at this point has something in common with that of Prokofiev, who fled to America and enjoyed great artistic freedom, then felt impelled to return to his native country where there was always a certain ambivalence at work. The Heisenbergian shifts in my landscape, both inner and outer, are confusing to say the least. But if this award somehow makes it easier to achieve my vision of a huge artistic renaissance in this region, then it must be worth it.
Posted by Somtow at 1:31 PM