Why we shouldn't be smug about "Kite Runner" 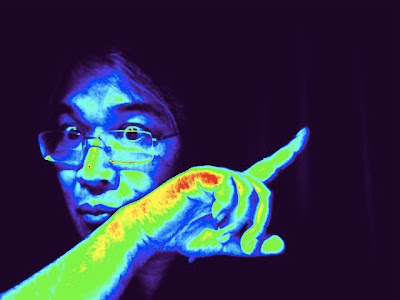 I recently stumbled upon a blogger's review of Moon Dance, one of my most popular books. It's a book that took six years to write and of which one Amazon reviewer said: One hundred years from now, this will probably be regarded as THE werewolf novel, the one by which all others will be judged. A classic on a par with "Dracula" or "Frankenstein", but far deeper and darker than anything a celebrated 19th century "horror" writer could have spawned. It's won all sorts of awards and things, but this blog isn't really particularly about blowing my own horn. Let me tell you what Mr Martes says on his blog:

Descriptions of pretty much every deviant sex act, lots of bodily waste and urination, misogyny, anti-white racism, young boys, you name it. This is the type of book that makes you want to wash your eyes out with soap after reading it, written by a guy who's not afraid to wear his kinks on his sleeve. I've read my share of dirty books, and this book is more vomit-inducing than titilating.

What I'd like to talk about is this interesting clause: a guy who's not afraid to wear his kinks on his sleeve. Because I think it points out an interesting problem that every writer has from time to time: the confusion that many readers have between fiction and reality.

My friend, the tenor Todd Geer, told me that when he does the role of Pinkerton in the United States, audiences boo at the end because in Madama Butterfly, Pinkerton is such a cad. Todd, however, isn't a cad. Why should he get booed? He must have done a brilliant job, to convince all those sophisticated opera goers that he actually is that two-timing S.O.B.

Moon Dance is a historical novel set in a time of hideous atrocities and staggering beauty. It's also about werewolves, and once I had decided my werewolves were going to really be wolves, and started studying how wolves behave in the wild, I realized these human-seeming creatures would have to go around marking their territory, sniffing each other's butts, and generally exhibiting canine social behaviors. However, I am not, myself, a werewolf. It's also a Victorian novel, set in a time where there was a huge gulf between publicly avowed morality and people's real behavior, where a proper woman might faint at the immorality of an exposed chairleg while her husband cheerfully copulated with ten year old prostitutes in alleys. However, I have neither fainted at a chairleg nor pursued jailbait in alleys. A woman friend of mine who read this book appeared on a panel at a science fiction convention, and told an enthralled crowd that a sex scene written from a female point of view in this novel had been so accurately visualized that she, a woman, had been able to use it as material for ... but I digress. Despite this, I have never actually been a woman. An acquaintance who used to have multiple personality disorder and who had successfully integrated her personalities with the help of her shrink told me that she was truly able to identify with the multiple personality kid who is a major character in the book and that I had managed to figure out "what it really feels like." I am not, however, a multiple personality.

There's a lot of kinky sex and excruciating violence in the book, but in the end, its subject is compassion and healing. Most readers figure this out, but not all; the book makes a lot of demands.

Reading this review, in which the reader had confused me with the characters in the book, made me feel a lot less complacent about the recent Kite Runner flap.

I read the book years ago, found it very moving, was excited to know that a film is about to be released. Then I saw in the news that certain, ah, unsophisticated Afghanis might think the movie was real. That the actors who so tellingly portrayed these fictional characters might be in real physical danger because of the cultural undertones of what happened to them in the film. All the news reports have been, I suppose, a little bemused that people in this day and age can mistake fiction for reality. There's been a lot of talk about how backward these benighted folks must be to actually believe a movie.

We "sivilized" types think we know better. But do we? And in fact, shouldn't a work of art draw us in so much that we do in fact believe? Shouldn't we be a little envious of those for whom the magic of storytelling is still magic? Can't we still believe in transubstantiation despite the law of conservation of matter?

I realize now that Mr Martes' reaction to my book isn't that far removed from the reaction of our Pashtun friend who may never have seen a movie before. He too thinks it is real and ... in the final analysis ... I have to take his ad hominem interpretation of my book as a kind of compliment. Like the booing of Mr. Geer.

A work of art, you see, has an existence quite independent of its creator. And when you look into such a work, it is always a mirror. It always yourself that you see in it ... not the author of the work. My lady friend, my multiple personality friend, and many others saw something of their own selves in my book. And they weren't ashamed of the self that they saw. But perhaps the self that Mr. Martes saw reflected in my book was a much darker one than he dared to admit to himself. For all his protestations, Mr. Martes insists that he read the book from cover to cover, leading me to suspect that he may have enjoyed some its "dirty bits" even though he may have hated himself in the morning. Perhaps he always had such fantasies of kinky sex and violence, but as long as he never saw them written out, he would never have to confront them. And perhaps if he did confront them, he could have more compassion for himself, and could even start to heal.

Of course, now I am psychoanalyzing this person I've never met, but as we say in kindergarten, He started it.

In my life I've had the privilege of meeting pretty much every living horror writer, from Stephen King to Dean Koontz to Ramsey Campbell and so on. Many, like the late Robert Bloch, became very close friends. And I will say this about horror writers: as a group, they are the sanest, happiest, least screwed-up humans I know. I think it's because they spend a lot of time in front of that mirror, and they've stared their way through all the dark parts, and they've seen at least a glimmer of light on the other side.