The Top of the Greasy Pole 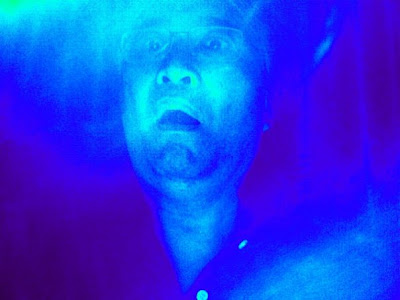 Yes! I finally have the highest position among all my Zombie companions on Facebook! Indeed, today I was elevated to the rank of Stealth Zombie, and am therefore the Highest Zombie yet known unto Myself. And yet ... what is this quintessence of dust?

On a more serious note, I was a guest at the annual SEA Write Awards a couple of days ago. This is only my second visit to the awards, and the first time where I didn't actually have to do anything, because last year I gave this rather provocative speech there. One only is allowed to give such a speech once in one's life, but at least I've done one thing James Michener and Gore Vidal have done, that is speak at SEA Write.

The occasion was a bit odd. The guest speaker was Sarah Bradford, The Viscountess Bangor, author of monumentally successful biographies, mostly of major female figures from Lucretia Borgia to Princess Diana (and a male or two like George VI). She spoke very well and told many interesting anecdotes (those who have watched CNN might have heard some of them before, but I certainly had not.) And yet, Lady Bangor did say something at the very beginning which gave me pause; she said she had prepared some remarks about the nature of fiction and biography, and that the organizers had instead asked her to do "the Diana thing." It made me think that I missed a very penetrating "other speech" which, in some alternate universe, she might have given. After all, we're talking about one of the world's leading biographers, and she probably had great secrets to impart to other writers. As all such award dinners are, the sublime and the ridiculous walked arm-in-arm all night. Legendary hotelier Kurt Wachtveil's revelations about the Wales's sex lives whilst staying at the Oriental proved to be the funniest moment of the evening.

Well, I invited the couple to dinner the next night, but didn't ask for any trade secrets, because I'm sure that no celebrity wants to talk shop at dinner. It was a wild party. Others present included my distant cousin Ing K, a notorious banned filmmaker, and her partner Manit who that very night was on TV inveighing against right-wing censorship, David "Producer of Alien" Giler, who is one of Bangkok's fixtures now, the women's writers group leader Anette Pollner, the New Zealand Ambassador, and so on. Trisdee played the Goldberg Variations and alternated them with selections from Elton John. Enormous quantities of drinks were downed and a rousing chorus of Tom Lehrer songs finished the evening.

Many remarked that since the 18th Century, it has probably been a rare occurrence to go to a party and someone's house and hear the entire Goldberg played live while quaffing a gin and tonic.

The next morning, I had lunch with a possible new owner for the film rights to Jasmine Nights (after 1o years, I'm still surviving on that book's option income....)

And the NEXT day, I was being videotaped for an interview with Tom Mintier which spilled past the thirty minute and into a second "evening".... That will be broadcast next week ....
Posted by Somtow at 1:36 AM