The View from Mars 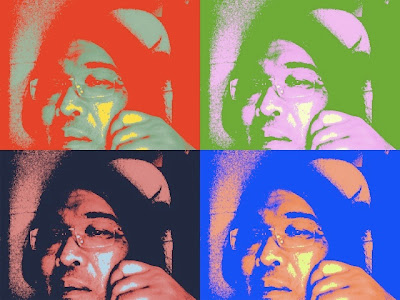 I'm sitting here at 2 in the morning having an online convo with my nephew, Guy, whom I've never met. (That's not surprising since I've got over 100 of them, I think. Nephews I mean.) He's around 14 and our conversation is mostly monosyllabic (well, on his part ... I say a sentence and he says "Yeah".) But what is so cool about this conversation is that it takes place at approximately 10 minute intervals. In other words, it's a perfect simulation of what it would be like to converse with someone if I were on Mars, which is about 4 or 5 light-minutes away from Earth. I suppose one could use msn or something, but I'm rather enjoying pretending to be a Martian.

I really like talking to Guy, not just because it's very cool that he doesn't mind conversing with my geriatric self, but also because he goes to Eton. And even in the 21st century, it seems, there are things in the world that only other Etonians can comprehend. Recently read Nick Fraser's book about that. He speaks of being slapped around by a drunken Tony Trench and other sordid, faintly perverted things; I guess I wasn't important enough for such a privilege. Alas, he of the rasping voice and apelike appearance is no more and the current headmaster was actually at school with me; he's even a year younger, I think.

Earlier today we had a party to welcome Trisdee back and to send him off again, to which a magnificent total of eight people showed up; five more had come the previous night by a peculiar accident of temporal displacement. One person who came, to my surprise, was Brendan Schatzki, who played "Miles" in our production of "The Turn of the Screw" four years ago. He had just flown in from the States. He and Trisdee began singing Elton John songs together and eventually made a video of one which I intend to post here in a little while. It's awesome. Totally.

It's now four in the morning. I will try to sleep, but since the power went off for a moment an hour ago, I think I will avoid "the machine" tonight as well. As I start to sign off, I see that Aberrant Dreams, an online SF magazine, has published my first short story to appear in seven years. To read it, you should go here.... I have to tell you that this story is not the first fruits of my writer's block breaking, but a piece from just before the block happened; when it did happen, right after my sojourn as a Buddhist monk in late 2001 and 9/11, it was so sudden that there were stories on my hard drives I didn't even send out. While I was novelistically out of commission, the online magazine was born and so I suppose it's only fitting that I should first be resurrected in one.

The intrepid Dominic Sargent was at Trisdee's little hello-goodbye party earlier. He says he reads this blog quite often and it seems to appear so quickly that he wonders whether it doesn't appear before the events it describes. Well, he has of course cottoned on to my secret. I use a special ink that dries faster than light, so that the words appear the previous day. This FTL ink is available on ebay. Do you think I'm joking? You don't know ebay, then.
Posted by Somtow at 2:29 AM