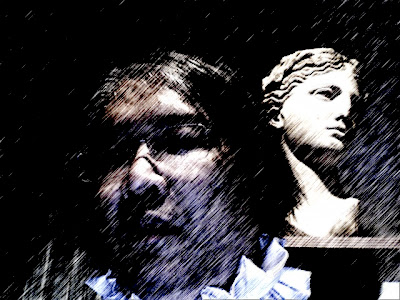 At Eton, we had a teacher named Mr. Croxford. He was very bright, and very young, and was interested only in completing his novel, which undoubtedly is the reason he wanted to take a year off to teach; he must have thought it would give him time to write. He was too close to us in age to feel comfortable with discipline. I can't remember what period in history he was assigned to teach us, but it must have been monumentally boring. We liked him, I think; he was always easygoing.

Mr. Croxford said to me, "You are simply the laziest boy I have ever met." Oddly enough, I think he met it as a compliment. You see, it was perfectly obvious to him that I wasn't reading any of the books and was completely faking the essay tests, but he kept being forced to pass me because the essays' blandishments somehow managed to convince. He was obviously the only truly intelligent teacher I had that year, because he actually knew for a fact that I was lazy. I thought I had them all fooled.

Mr. Croxford's book came out and I ran out and bought a copy in Alden & Blackwell's. I thought about him today for the first time in forty years. I wanted to know what ever happened to his book. After all, any man perceptive enough to see through me must have been a brilliant writer. (I can't find the book; after many international moves, I don't know where it is.) He's not on google, and I can't find any mention of his name on addall.com, which lists every used book in every bookshop in pretty much the whole universe. He's in a black hole somewhere, which is wrong.

My doctors and my friends have accused me of not being lazy enough. On the surface, it looks like they're right — I'm about to hand in my 50th book and there are these piles of operas and such lying around my office — and I worked myself literally (almost) to death, it seems. My doctors, my family, and my friends are all forcing me to be as lazy as I can for a while.

In this state of enforced laziness, somehow the wellsprings of creativity have opened up (elsewhere I've mentioned that my seven year writer's block seems to have unblocked itself) and this means that, in this resting period, I seem to have handed in a novel that was two years late, sold two short stories to a U.S. magazine, submitted an 84 page proposal for a new trilogy to my agent, and started working on a film score for a friend in Hollywood.

Mr. Croxford must feel quite vindicated. Because you see, working your butt off does not in fact always produce the required result. Rather, sometimes, you have to just let go, completely, utterly, and fearlessly, and just believe that it will all come flowing through you from some deep place within.

To achieve true laziness is the supreme struggle, it seems. I don't know where you are now, Mr. Croxford, but I want you to know that your words are still resonating, almost half a century away.
Posted by Somtow at 9:08 PM