Not An Open Letter to the Incoming Prime Minister 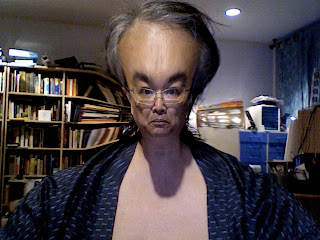 Nah, it's not yet time to write one of my notorious open letters which invariably invoke scathing criticism from all sides of the political spectrum for their evenhandedness, use of reason and logic, bicultural comprehension, and long view of history.

I'm still guardedly optimistic about the future, more pleased than not about the prospect of a female prime minister, and more wary than not about the resumption of "politics as usual" in the near future.  Of course, by a strict interpretation of the constitution, the accusation that Yingluck has been assisted throughout her campaign by a banned politician comes with evidence seen by all, from call-ins to press interviews given by her brother.  Therefore the question of whether the prime minister in waiting will be red or yellow carded isn't actually about whether she cheated or not, but about whether the EC will have the guts to actually make a ruling based on what it sees rather than what it fears.  If there is a similar case for Abhisit having cheated, we haven't really seen much public evidence, but corruption is so endemic that it would not really surprise people.  A prominent member of the yellow shirts did tell that "dirty work was afoot" but wasn't very specific.

I was thrilled that upper-level members of both extremes of the political spectrum came to the premiere of the new production of my opera "Mae Naak", perhaps an indication that burning down shopping malls and seizing airports is not really what Thailand is all about.

However, an article by the very perceptive film critic, Kong Rithdee, in the Bangkok Post, did give me a bit of a start when it suggested a (perhaps fantasy) scenario of Chuwit becoming Minister of Culture.

Chuwit, a wildly popular figure especially amongst the young, ran a hilarious and high-profile campaign which ended up netting him five members of parliament despite the campaign being played for laughs.  This is as much a measure of people's apathy and disillusionment with politics as it is of any political acumen.

In a later article by Kong Rithdee, he gives the incoming minister of culture all sorts of trenchant and perceptive advice.

I love the fact that a ministry of culture finally exists thanks to the lobbying efforts of so many people including such friends of mine as (then) Sen Kraisak, but I do wish the ministry of culture would move more quickly towards actually dealing with culture as that word is generally understood in the world. After all, our culture is one of our biggest selling points.  Not just the "high culture" of temples and traditional art, but also the "low culture" of transvestite stage shows and wild shopping malls.  All of this is culture.  Whether it's good or bad is another issue altogether and "culture" and "morality" are really quite separate items.  Legislating song lyrics or hemlines is not an appropriate function for a ministry of culture at all; it might more properly belong to a ministry of morality, or a ministry of uniformity, or even a ministry of zombies and robotics.  Culture and morality are not necessarily bedfellows and in fact they may often be at odds.  (Or is it just that in my past life I was Minister of Culture in Sodom and Gomorrah?)