Prisoners of the Air 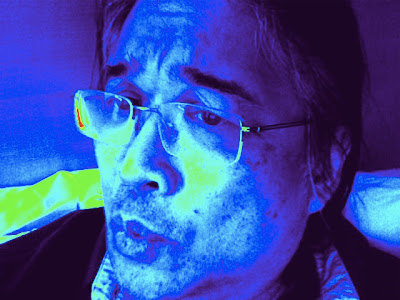 When one is in the airport in Thailand, one is often faced with the dilemma of what to read on whatever flight one is about to take. Suvarnabhumi Airport's bookstores are particularly unexciting, but even at the old Don Muang the choice was pretty stupefying. But I fly out of Bangkok so frequently now that I have been forced to read much that I would never normally read. One of the genres that is most powerfully represented at the Bangkok airports is the "I was an Inmate of Thailand's Mediaeval Prison System" genre. There is always a large selection of titles in this genre on display at the airport. Occasionally, there are even copies of the same book with different titles, presumably to tempt you into reading the same book on your next flight because presumably you have completely forgotten it the first time round.

Because I find the genre of the seedy old caucasian among the girls of Patpong to be an even less entertaining choice of reading material, I have found myself being forced to read a number of these prison books and I have found them to fall into a very pat formula. First the ingenuous farang commits some crime such as drug smuggling, little realizing that he might get caught. He is then sentenced to some gargantuan prison sentence, where he is beaten, sent to the hole, raped, eats cockroaches, and so on, for a while. At some point, he learns the meaning of life. Finally, either through a royal amnesty, or through various efforts on the home front, he returns to his home country, swearing to write a book so that everyone will know better than to strap that pound of heroin to his corset on his way out of the land of smiles. (There's even one about a white woman in a Lao prison.)

They're actually quite enjoyable, these books; they follow a certain redemptive formula that delivers a satisfying ending in spite of being almost uniformly atrociously written. Mostly, they give a rather bad impression of Thailand, which is why their airport ubiquity surprises me a bit. One of the ones I read last year had the prisoner serve the rest of his sentence back home in England ... and this author's conclusion was that a Thai jail was a lot more fun, even with the beatings and cockroach curries!

So I was somewhat surprised to find, this evening, on my way to Singapore to interview some valkyries, a new book being displayed ... something called "Inside", all about the hideousness of American prisons! And having spent two hours on Jetstar flight 3K514 in the company of the denizens of America's finest penitentiaries, I must conclude that we in Thailand have a lot to learn from the First World about cruelty, dehumanization, and anal intercourse, not to mention how to conceal weapons in tubes of toothpaste and hide them in ones rectal passage. Luckily, Jetstar doesn't serve food (unless you pay) so when my gorge rose, the contents of my stomach were too slight for a reenactment of The Exorcist.

I can usually finish an entire book on the Bangkok-Singapore trip (it's about 2 1/2 hours, as long as Das Rheingold) but the pilot got there 20 minutes early, so luckily I don't actually have to finish this one.

Tomorrow, I'll report on my meeting with three Chinese Valkyries. That's why I popped down to Singapore today, to hand them their music.
Posted by Somtow at 11:48 PM