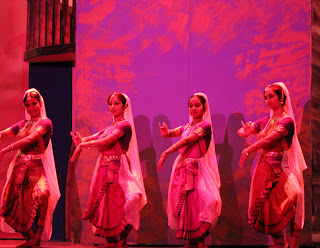 An overprotective mother who thinks her son is God? A virile father who rejects his son’s gentle and stereotypical female traits? A deity sent to earth to know great pain and carry the burden of others?
Thai composer Somtow Sucharitkul’s Bollywood-style chamber opera The Silent Prince, although based on an Indian morality tale, crosses many cultural bridges with a comprehensive story line with numerous allegories, tangents and thought-provoking interpretations, all relevant and current.
If you are not familiar with the tales of Temiya, a Buddha reincarnated as a prince who decides to become silent, Sucharitkul’s themes are universal and are similar to Judeo-Christian values.
Written in a very comfortable tonal language, Sucharitkul disperses a misconception that contemporary opera is esoteric and impertinent. A world premiere perfect for the Houston stage, the rich and exotic sonorities created by juxtaposing delicious instruments like the traditional Indian tambura with celeste, the church-like harmonium and harp with colorful coloratura flourishes, the effect was mesmerizing capturing an honest, respectful and modern representation of Indian culture.
For Opera Vista’s biggest spectacle to date, Viswa Subbaraman, artistic director conducted a challenging but satisfying score and assembled a powerful cast. As Chandera Devi, mezzo-soprano Shannon Langman’s enchanting and assertive delivery of rather difficult virtuosic embellishments balanced baritone Timothy Jones’s strong, stubborn and regal character as the King of Kashi.
Sucharitkul’s decision to call for a male soprano as Tamiya intensified the divine and celestial quality of the moment when The Silent Prince is no longer silent. Ryan West was able to capture the moment beautifully with a round tone that floated on top of already shimmering orchestral textures.
Although Opera Vista’s plans to include a live elephant did not come to fruition, its omission did not compromise the experience. With a philosophy of less is more, the clarity of the narrative did not need such extraneous flashy additions. But I am certain the Houston Zoo will appreciate the company’s vow to make an donation in honor of Tupelo, the zoo’s most recent arrival as an apology to the audience.
Performing elephants are illegal in Thailand and with plans to tour this production in the works, Opera Vista may just have to get used to the idea. 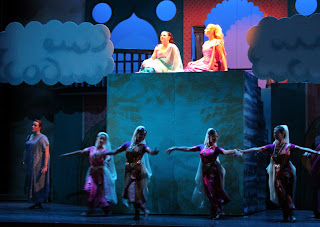