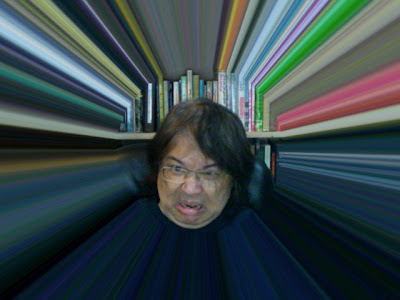 This has been a very thrilling week which began with the launching of the Siam Philharmonic's Mahler Cycle ... but as I am running off now to the "Parade of Choirs", I haven't time to post anything about it yet ... so here's the article I wrote for THE NATION about it ... it was intended as a blog post originally, so here it is.....

MAHLER IN THAILAND – THEN AND NOW by S. P. Somtow

Over thirty-five years ago, Piyabhand Sanitwongse’s living room in Soi Nana North was Thailand’s “classical music command central”. Everything happened in that room, from rehearsals of the brand new Chulalongkorn University Chorus to penetrating midnight discussions about the philosophies of post-serial music.

One evening, I was looking through Ajarn Piya’s extensive LP collection when I discovered, unopened, the Mahler symphonies. You must understand that Ajarn Piya had a huge LP collection because he simply ordered everything that came out. He was more complete than any record shop in Thailand. What am I saying? There weren’t any such shops in Thailand, really.
Being newly arrived from Cambridge, of course, I was a product of the 1960s Mahler revival. I had been living and breathing the Mahler symphonies for years, and had worn out all my own LPs; I’d just had the incredible experience of singing in Mahler’s 8th in the Albert Hall with an astonishing array of soloists which were a sort of who’s who of British opera, from Heather Harper to Raimond Heryncx, in a concert which was David Willcocks’s farewell to Cambridge. So I cried out, “Look, look, Mahler, Mahler!”

No one in the room really knew who Mahler was, but I put on the last movement of the Ninth anyway. You should have heard the silence in Piyabhand’s living room. There was only Mahler and the purr of the air conditioning. At the end, Witaya Tumornsoontorn, now a respected figure in the BSO, sighed, “How sweet, how bitter, how romantic … will we ever hear such music live in Thailand?”

Twenty years later, the Mahler revival had come and gone, I was happily living in the States, and the symphonies had become a staple of every symphony orchestra in every city in the world … but not yet Bangkok.

In the late 90s, when I returned to Bangkok to conduct the Mahajanaka Symphony, I had an audience with HRH Princess Galyani Vadhana, and I told her that standards in Thailand were high enough that we would soon be playing Mahler. Her Royal Highness was unfamiliar with Mahler, but my glowing description must have intrigued her, because shortly thereafter, the Tower Records in Central World received a visit from a mysterious messenger. Pongsatorn Surapab, the manager of the classical section, was asked to provide the complete Mahler symphonies. The messenger whispered that the command was from Her Royal Highness herself.

Pongsatorn is now the manager of the Siam Philharmonic Orchestra.

Later I was to ask the princess what her favorite one of the Mahler symphonies was. She answered “The Sixth.” And in that moment, I understood how penetrating and perspicacious her understanding of music was, because that’s a musician’s answer, not a casual listener’s. The Sixth is one of the deepest and most wide-ranging of Mahler’s symphonies, with a structure that is at the same time a fulfillment of and a criticism of the classical symphony.

I was still flying back and forth to the U.S. and my desire to be the very first to conduct a Mahler symphony in Bangkok was thwarted by the Chulalongkorn University Symphony under Chuchat Pitaksakorn, who with great bravery played No. 4, the shortest. I believe they also played No. 1 at some stage. But in 2004 I was ensconced in the Bangkok scene, and had started the Siam Philharmonic Orchestra as the resident professional orchestra for the Bangkok Opera. It was always our plan to start a real cycle with No. 5, the most “populist” of the symphonies, but No. 4 is a good way to ease yourself into Mahler; it is like reading The Hobbit in preparation for The Lord of the Rings. In 2002, I did play the Adagietto from the Fifth with the BSO, and I received a most moving email from someone in the audience who was amazed at how I had made the BSO rise to the emotional demands of the piece.

But only in 2004 were we ready to have a performance by a professional orchestra of Mahler’s Fourth. It happened in Shrewsbury Auditorium in our annual Mozart and More Mini-Festival. It was by no means perfect, but it had passion and it had the exuberance of young people discovering for the first time that what they once thought impossible was within their grasp. Although there weren’t that many people at there, the tale of this performance (to go back to Tolkien once more) “grew in the telling” and later the performance had a renewed life by being played online, via youtube, and its web audience far exceeded those who had been there in person.

The fact that people still watch this performance means that only last month, I received a moving endorsement from a Mahler conductor I admire greatly, Frederic Chaslin, who received the legacy directly from Boulez and who conducts regularly at the Vienna State Opera and the Met. He said, “I listened carefully to your recent interpretation of Mahler's Symphony, and I have to say that I am extremely impressed. Not only do you succeeed in making this young orchestra play really beautifully, but let me tell you that I didn't think that a non-Jewish conductor (and I think you are...) could understand Mahler's music so perfectly.”

It was thrilling to receive this compliment. Mahler once said that he was three times an alien: a Bohemian in Austria, an Austrian among Germans, and a Jew in the whole world. This sense of homelessness is something I too have always felt, as a creature of many worlds. It is what speaks to me most in Mahler’s music.

Mahler is the last great legacy of the symphonic tradition, the symphonist who really stands at the end of the unbroken line of symphonists that began with Haydn. After Mahler, there are still symphonies being written, but they look backwards; they are exercises in nostalgia.
Now that we are about to embark on a full-scale Mahler cycle, one of the things that thrills me most is that, for young Thai musicians today, playing Mahler is not a once-in-a-lifetime experience. In 2004, we thought it might be. But earlier this may, the Galyani Vadhana Orchestra played the Fourth Symphony under Japanese conductor Yazaki, using about 75% of the people who had already played the work with me in 2004. People got exposed to another viewpoint, another interpretation. If you play something once, it’s a unique … twice, and it becomes repertory. That’s what Mahler should be. In this ambiguous world, the thrice-alienated artist has become the true mirror of our collective soul.
Posted by Somtow at 12:34 PM