Wagner, Werewolves, and Whatnot 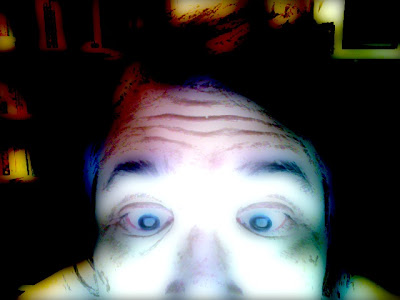 You know you're in the twenty-first century when you begin the day in alarm, noting that Peter Straub's army of werewolves on Facebook is creeping up on your own army of zombies. You then consume a carbohydrate-free chocolate bar, flown in from America, while deciding whether the orchestra should play Mahler 5 or Mahler 9 in the March concert....

It really is a joy to be living in this doomed age, with the carcinogen-laden air heating up around us, not knowing when the planet will explode. And STILL to be able to conduct the RING cycle ... and even dare to hope one is saying something new! God, it's exciting.

Some reviews are starting to come in. On the whole they have been pretty generous. Indeed, as the year draws to a close, I have to admit that it is amazing what we have managed to get away with again. Although at the time it seemed like hell itself, in retrospect it seems to have been quite something. Someone writing in French called Charles Hens the "most beautiful Siegmund I've ever seen", and another critic said that Janny Zomer was "the best Sieglinde I've ever seen on stage." A visitor from Berlin said, "You ever see opera done with such passion in Europe anymore" and so I think the consensus was, in spite of some wild orchestral gaffes and a few booboos from the stage, that there was a lot of excitement.

Now it can be said that the TAT grant for this production did come through ... on the opening night. It was a Friday, however, and the check could not clear in time to pay for the production. I had to make a clean sweep of my parents, my own bank account, and several friends to make sure that there was money to pay the singers before they left for their various countries. However, I have to say this: although there was certainly a lot of excruciating red tape, and our grant arrived nine months after it was authorized, we were never asked by any official for any under the table contributions to "speed up" the process. I have to say this clearly because the FBI has just filed a huge case involving Americans bribing the TAT, which all happened before the coup. Tomorrow, the news is going to hit all the Thai papers. I caught it early because friends in the U.S. happened to send me emails about it. I want to say that, though I've not always been a champion of our present government, nobody in the ministry of tourism and sport ever, ever, asked us for a bribe.

I have to say that the good buzz about the Wagner has made the year end on a quite positive note. I think Siegfried will actually have most of the kinks ironed out. I'm going to spend the next few days Christmas shopping and not think about any of this.
Posted by Somtow at 7:36 PM