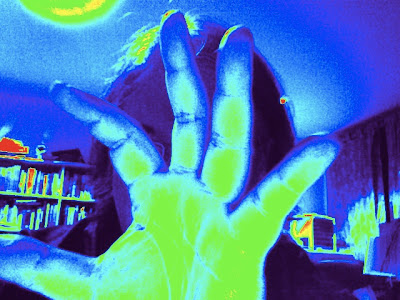 In Tarot, the "Death" card also means "Rebirth." In Thai popular belief, dreaming of the dead brings wealth and fortune.

So, as I prepared for the first orchestral rehearsal of "Madame Butterfly" I wondered what the Fates were telling me. You see, I couldn't find my baton. ANYWHERE. And my driver suddenly revealed to me that it has not been seen since The Rape of Lucretia.

Now, this is a magic baton. It was given to me by one of my very very best friends, Deborah Geithner, in 1977. She bought it in New York and my career in opera began with it when I conducted the Bangkok Opera Society (now subsumed into the BMS) in a performance of Amahl and the Night Visitors. Legendary, because the Diva, known to some of the kids in the cast by the unkind (but accurate) sobriquet of La Pachyderma, had a hissy and stalked off the stage 15 minutes before the premiere, and because I was punched out by someone's driver because Thai elements had been infused into the story (it was staged in a Thai village). The driver was unhappy with the cultural pollution. Alas, I had nothing to do with it. It was the director, Jane Kenney, who had decided on this clever notion, and her interpretation has colored the way I do opera even now, thirty years later.

Since then, I've never used any other baton even though part of it seems to have been chewed off by rats.

I kept this thing during my years of being completely burned out in music, hidden in a drawer or whatever. It miraculously resurfaced when I started doing music again. This chewed up thing has been featured, for instance, in the Mercedes Benz exhibit of "ten most precious things" ...

And then, if it is true that it disappeared right after Lucretia, it could be a sign. Rather like in Cavafy's poem "The God Abandons Antony" ... which I won't quote to you in Greek because I'm not sure how the font is going to translate cross-platform....

When suddenly, at midnight, you hear an invisible procession going by with exquisite music, voices, don’t mourn your luck that’s failing now, work gone wrong, your plans all proving deceptive—don’t mourn them uselessly.

A sign that a thirty-year era of my existence has now drawn to a close. A sign (a la tarot) that something has died, and something must be reborn.

I went to the rehearsal, which I've been very stressed about. First, the orchestra leader I had in mind, who has just arrived in Thailand and has a very good resume, was suddenly forbidden by his boss from working on this show; so a mad scramble for another leader ensued, with a very good one being located in Taiwan, only, internet problems plagued communications (there's a typhoon raging there) and another great prospect, from Singapore, turned out to be definitely busy. My No. 2 violinist (I had not thought about making him leader because he has to miss three of the rehearsals) was put in first place and guess what? He was brilliant! Not only as a soloist, but as a very responsive leader.

Indeed, the orchestra surprised me and this was by far the best "first rehearsal" I've ever had. This was a mostly very young group and they picked up all the insane rubato of the Italian style really quickly. Yeah I waved my hands about wildly, having no baton. Someone in the orchestra said maybe I'll end up back in the hospital if I wave wildly enough. But we have a plan. The piccolo player, Mr. Marut, is going to perform CPR on stage while standby cameras whir into action, and the dramatic maestro rescue is going to be on CNN in that boring period around 3 am when nothing actually happens in the world.

So I come back from this rehearsal and I think, yes, truly, indeed, it's a new era in my existence. Then there's a note from Trisdee which says, "Your baton is on my desk." He is in Holland, so I haven't really been in his room.

I looked. It's not there. Trisdee is rarely wrong about these things, so perhaps it did in fact vanish by supernatural means, and perhaps, then, it actually is a sign.