THAIS and the HOLOCAUST
Why Opera Siam is producing “Brundibar” 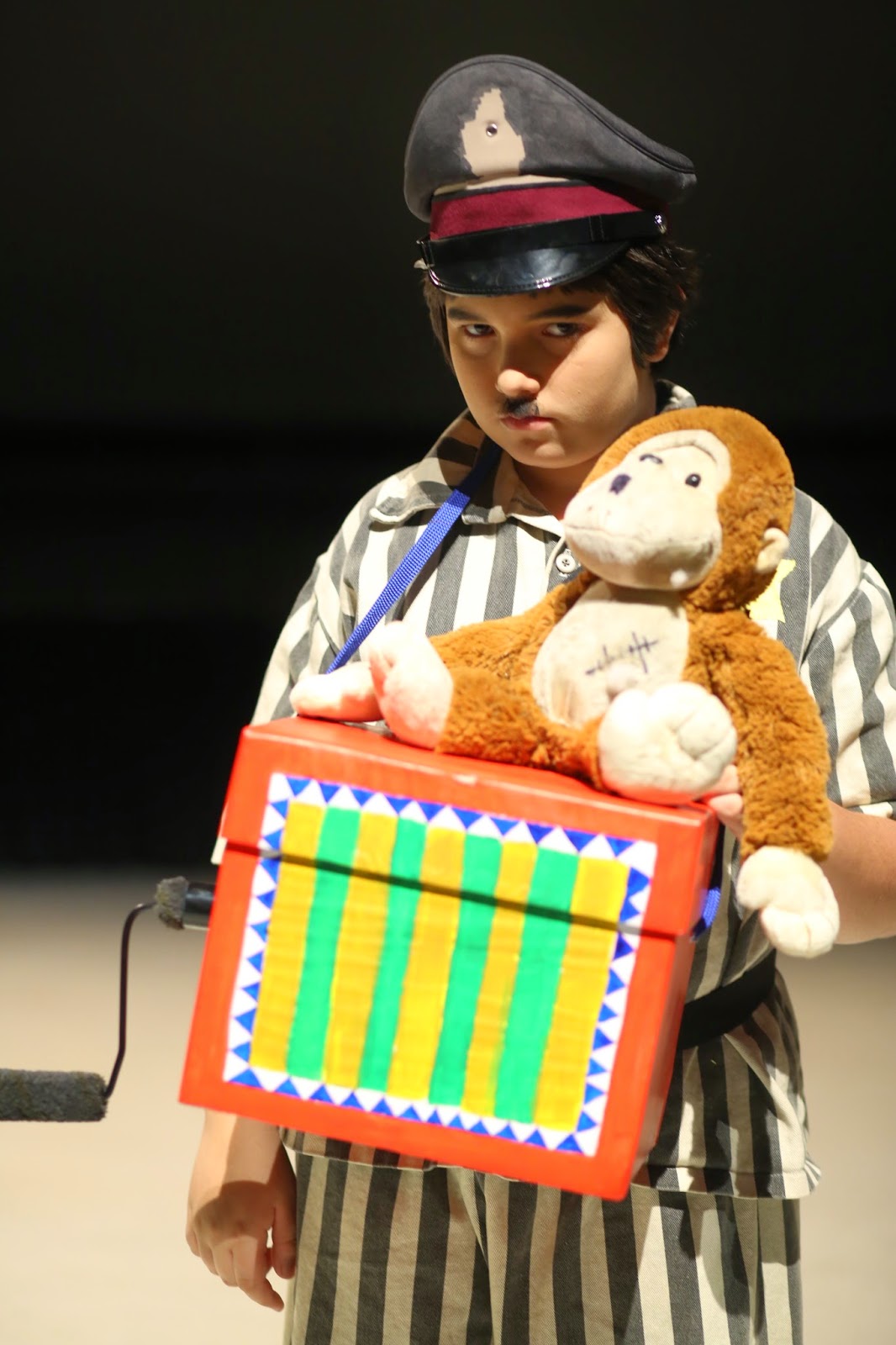 A few years ago, I casually mentioned the Second World War to one of my young students and I suddenly realized that he didn’t know anything about it.  He didn’t know that Thailand entered the war on the side of the Axis and certainly didn’t know of the brilliant subterfuge by which this country avoided being severely penalized at the end of the war.  He didn’t really know who Hitler was, and he had certainly never heard of the Holocaust.

From that time on, I had occasion to ask more than a couple of dozen young people what they knew about WWII, and discovered that my experience was not an aberration.

Recently, the use of Hitler as a comedy icon by Thai students has stirred much anger in the international community, but that anger has mostly elicited bewilderment in the offenders.  They simply really don’t know about it.

This is why I realized we must produce this opera, Brundibar, composed for children by a brilliant Czech composer who was imprisoned in the Terezin “ghetto” — and performed over fifty times by the children of that camp.  An opera that was filmed by the Nazis and shown in the propaganda film The Führer grants the Jews a City, to give the world the impression that millions of Jews were not being put to death in the most monstrous machinery of genocide ever conceived.  An opera from which, after its usefulness to the Nazis had been served, the entire cast, crew, orchestra, and the composer and the director were subsequently shipped off to be gassed in Auschwitz. 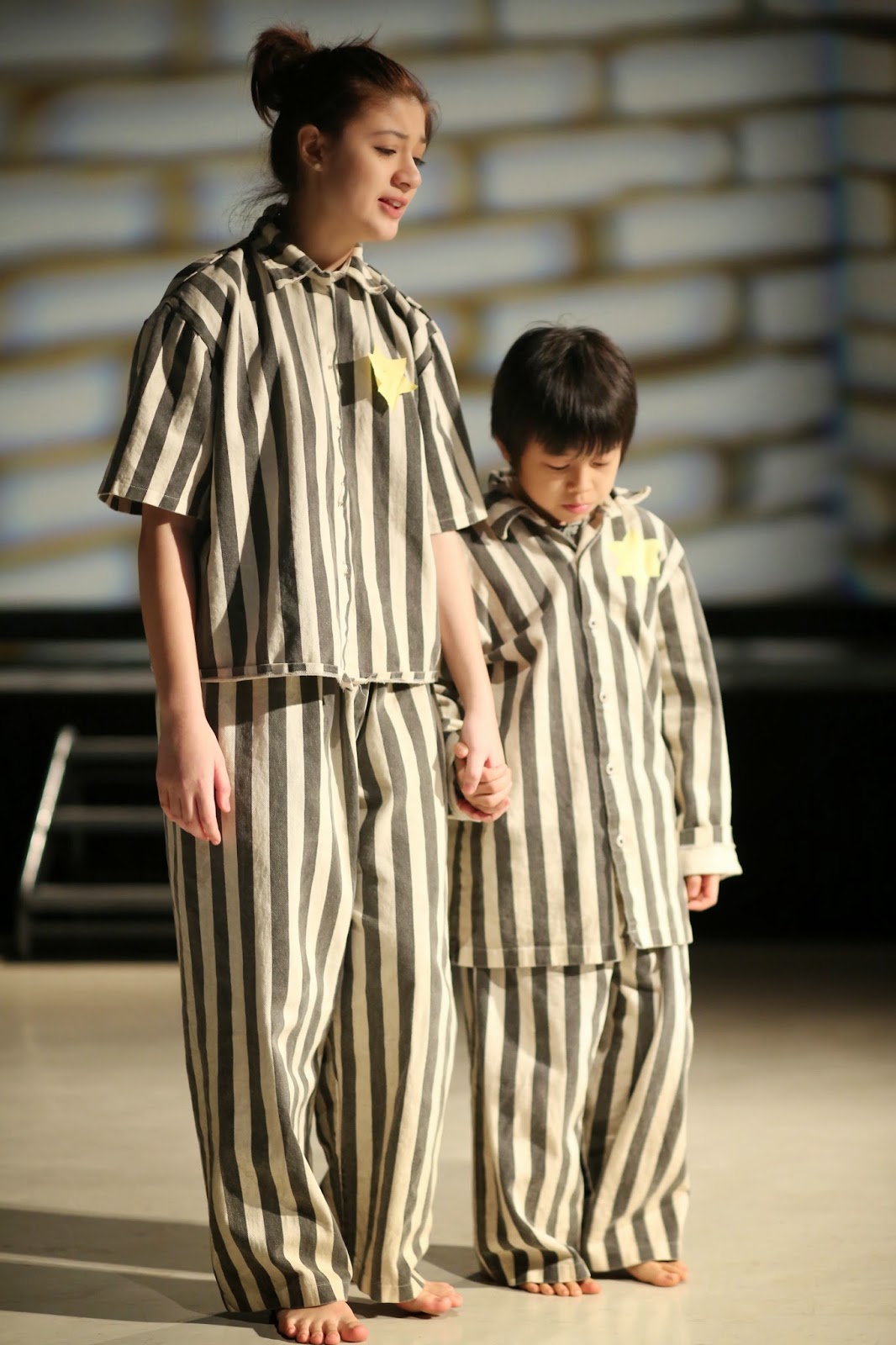 Brundibar  is a fairy tale about two children who need milk to save their sick mother.  They try to raise money by singing in the village, but their music is drowned out by the monotonous and hypnotic drone of an organ grinder, a mustachioed villain named Brundibar.

With the help of the animals and children in the village, Pepicek and Anninka manage to break the organ grinder’s spell, and their beautiful song moves the villagers who finally chip in to help their mother.

It’s a feel-good story about good and evil, but it is much more than that.  When you read the script, it is perfectly obvious that Brundibar is Hitler.  When the whole village sings in triumph about defeating the dictator and overcoming his venality, and about how love of family and country trump tyranny, we have to realize they were defying the Nazis right in front of their very noses, using the only weapons they had: words and music.

One survivor said in an interview, “We didn’t know whether it was because the Nazis couldn’t understand Czech, or whether it was simply that they knew they were going to kill us anyway, and didn’t care.”

In Munich last year, Trisdee and I met Greta Klingsberg, an 85-year-old woman who had played Anninka in Terezin, been subsequently sent to Auschwitz and managed to survive until liberation.  I asked her whether she had any message for the children in Thailand who are about to play Brundibar, and she said, “Enjoy the music!  And enjoy what you are doing.”  And later she said as well, “It is so important that Hans Krása’s music should live on.”

And this music is sheer genius: quickly reorchestrated for the available resources in a concentration camp that happened to contain some of the best musicians in the region, it is a score dripping with sweetness and irony, its melodies inspired by Czech folk music with a generous helping of Yiddishkeit.

In this production of Brundibar, I wanted to clearly show the irony that this work, so full of beauty and innocence, was being performed in the Terezin camp by those who, in the eyes of their captors, were already dead. 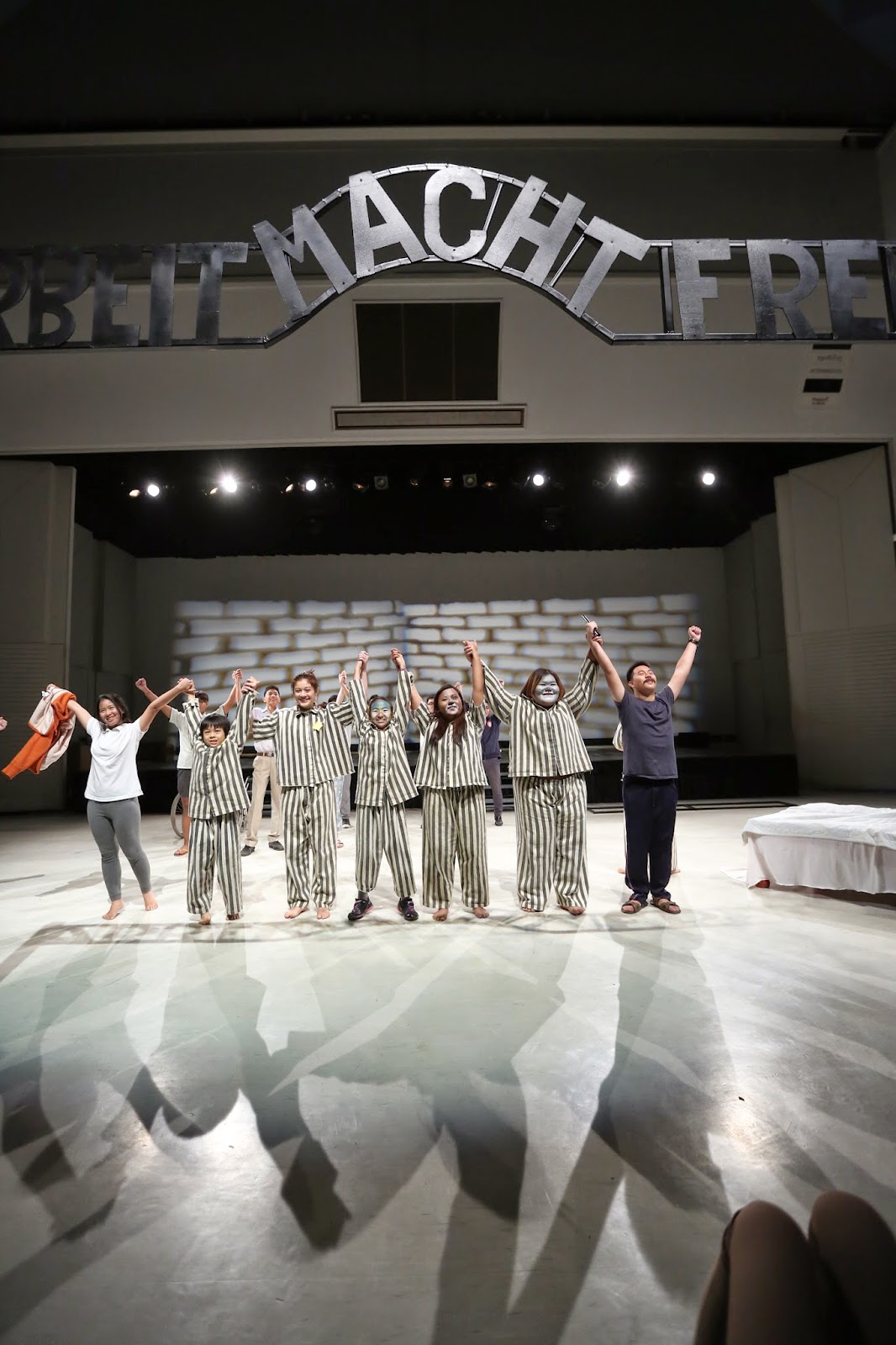 This is why I’ve anchored the fable of picturesque villages and talking animals within a reality that the children who first performed this opera were about to experience.  I’ve set an iconic concentration camp gateway right in the faces of the audience, in order to set up a zone of discomfort so we are forced to think about the work in its historical context.  I’ve created a subdued, grey world in which splashes of color - like the yellow stars or Brundibar’s bright red barrel organ - are jarring and disorienting.
We are also prefacing the opera with a mini-concert of music and poetry - all composed and performed originally at the Terezin camp.  It includes poems written by the children which are almost unbearable in their intensity.

Yesterday at one of the rehearsals I walked into the costume room where they were sewing yellow stars onto the costumes.  At that moment, though I know that theatre is “make-believe”, the past became so real that I began weeping uncontrollably.
As long as we think that the past is something that was done by others to others, we will never really understand the present.  The past is a mirror into which we dare not look, yet only by looking can we see who we really are.

Performances of BRUNDIBAR are free to the public.  They are taking place  Jan 22, 23, and 24 at 8 pm, and Jan 24 at 4 pm at the Small Hall of the Thailand Cultural Center.  As the theatre only holds 220 seats, advance pre-registration is recommended: http://allevents.in/bangkok/brundibar/ has a clickable form for reservations.  Otherwise, write to tickets@bangkokopera.com, or come to the door.
Posted by Somtow at 12:22 PM