My housekeeper reveals all 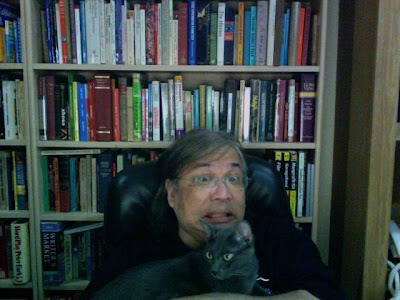 Our little fundraiser and press conference events at the Rembrandt Hotel were briefly interrupted (not many noticed) by trouble between Thailand and Cambodia as my dad ran off to give a brief bout of telephone punditry to the press.

For real inside information about the political situation in Thailand's heartland, my housekeeper, Daeng, reveals more to me than the Post or the Nation. Someone suggested I should start a facebook page for her so she can have her own political commentary blog, but unfortunately she's illiterate. Still, she's smarter than the average politician. So, today, she tells me over my morning coffee that there's a big red shirt rally coming up, and they're offering 2,000 baht a head.

Make that 2 million and I'll be right there; I'll chant any slogan you like to save the Bangkok Opera. But seriously, the 2,000 baht figure is a very interesting new development. If you have been following the occasional political asides in my blog, you will probably know that in the heyday of the protests, they were offering considerably less money. 500 baht "officially", minus, of course, a commission to the recruiter, was I believe the going rate. This, coupled with a poll showing the Northeast now tilting very slightly towards the prime minister and the democratic party, suggests that our favorite fugitive has probably made a serious political blunder in accepting the Cambodian gig.

If my housekeeper's information is 2,000 baht net, i.e. not including the commission, then we see that today's political dollar only buys ten cents worth of anti-government protests. Of course, pockets are deep, and hubris is high.

And all this over a favour to a golf buddy. What an insanely myopic miscalculation on the part of the premier of Cambodia. I actually don't think this was planned as a huge, deliberate provocation of Thailand (at least not on Hun Sen's part.) Lack of judgment, that's all. I guess Hun Sen didn't go to Eton.
Posted by Somtow at 8:54 AM