By Request, That Hideous Speech 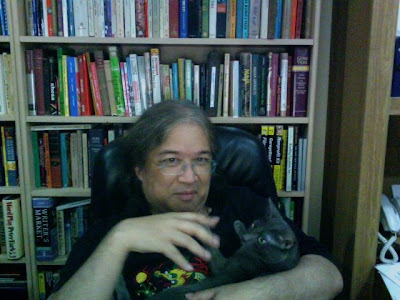 I been asked to post the speech I gave the other day at the Oxford and Cambridge dinner. As you may know, these speeches are generally the highlight of these dinners, but as the dinner was a disaster, with very little wit and much pedantry and illiteracy displayed, by the time my speech arrived, an hour after it was scheduled, I could have given a reading of the menu and the audience would have died laughing...

THE SPEECH
Your Excellencies and your not-so-excellencies:

Being invited to give the toast at our annual Oxford and Cambridge dinner is a once-in-a-lifetime honour.

Being invited to do so twice, therefore, must either be considered a twice-in-a-lifetime honour, or a catastrophic lapse in judgment by the organizers.

Undoubtedly they have forgotten that my last speech was about farting.

Be that as it may, one cannot cross the same river twice, though it is possible to visit the same toilet many times in one’s life. I shall therefore try to choose a more elevated theme for tonight’s toast to that august institution so eloquently characterized by the Black Adder as “a dump.”

I want to talk about what makes the Oxonian world-view so special, and why Oxford might even be considered to have made a few minor contributions to our world. I am uniquely qualified to pontificate about Oxford because I took up residence at Worcester College at the age of eighteen …. months. Though I was there for three years, I am not bitter that they didn’t give me my D Phil. Nevertheless, it does point out one of the major differences in world view between the two universities. So let me talk, today, about those world views, and about why Oxford might, be some, be considered even more brilliant than its younger sister.

Let’s not stray too far from home, though. Some other night, I would love to talk about how brilliant Oxonians like Tolkien managed to invent entire languages out of thin air, whilst it was all a benighted Cantabrigian like Michael Ventris could do to decipher a few clay tablets in a language that had been around for three thousand years.

I would love to discuss the Oxford Movement, only I’ve promised to stay away from bodily functions tonight.

Instead, I would like to talk about the person who is, in my view, the crème de la crème of the Oxonian sensibility. I am referring of course to my childhood friend, the Lord High Governor of Bangkok.

Sukhumband has spent the last thirty-odd years (some of them very odd indeed) regaling people with his tales about me. But all things comes to those who wait and finally, I have been given this forum to give the Cambridge viewpoint, which, unlike that of Oxford, will be quite untrammeled by such inconveniences as factual accuracy.
M.R. Sukhumband tells a tale of how we were all spending a holiday somewhere in the country. All the young people were outside doing all the things that proper upper-class teenagers do: playing croquet, raping the peasants and so on. He noticed that I was nowhere to be found, and, following the sound of laughter, tracked me down to an armchair where I was deeply ensconced in a big fat book, laughing my head off all by myself. Sukhumband tells us that, wanting desperately to find out what could be causing a brilliant mind such as mine to turn into a solitary hyena, he crept across to the couch and saw that this was actually the full score of Mozart’s Cosi fan tutte.

The truth is far sneakier. I must now reveal that, after thirty-five years, I pulled a fast one. The book was actually a photo book called “101 positions they left out of the kama sutra,” and I had merely ripped the cover off the Mozart score and stuck it on.
Oxonians, as you can see, are quite easy to fool.

But I think the anecdote which Sukhumband has dined out on most often comes from the weekend that he and I, as teenagers, took the train up to Oxford in order to do our interviews. He, of course, passed his interview with flying colors. But when it came time for mine, the tutor said, “So, young man, why do you want to come to Oxford?” Too innocent to answer with anything other than the truth, I said, “Well, actually, I don’t. I’d really rather go to Cambridge.” “All right, then,” said the tutor. “Off you go.”

That story is all very black and white, you see, all very Oxonian. But now, let me tell you what really happened.

On the train to Oxford, Sukhumband and I were enjoying a drink in the dining car when a mysterious mist enveloped us and we found ourselves transported to a hilltop somewhere in Turkey. We were dressed in rough tunics, and some nymphs were piping away in the distance. Before we had time to react, three goddesses were descending from the sky, bearing a golden apple.

“What the hell is going on?” Sukhumband said.

But I knew all about this. “Don’t worry,” I said. “We’re having a vision of the judgment of Paris. We can be out of here in a minute. We just give the golden apple to the fairest, accept their gifts, and we’re home free.”

Judging their beauty turned out to be a bit hard, for the three goddesses were no spring chickens.

The first goddess looked about eight hundred years old. “I am the Goddess Cantabrigia,” she said. “If you choose me, you shall become a famous artist, known throughout the world, though you won’t have a penny to show for it.”

The second goddess was obviously older, but she must have had a few facelifts, because her smile was permanently welded on.

“I” she said, “am the goddess Oxonia. If you choose me, you will inherit a fabulous palace, become incredibly wealthy, have many servants, cars, and houses, and rule over a mighty megalopolis in a distant land that isn’t part of the British Empire.”

The third goddess really seemed to want to say something, but the other two said, “Oh, ignore her. She’s just our maid.”

“All in the fullness of time,” said the three goddesses, as they dissolved and merged into the Mediterranean mist.

We found ourselves in a vestibule at Oxford. Inside, our doom awaited us. We were up for our interviews in a few minutes. “There’s got to be a catch,” I said. “We can’t both become governor of Bangkok.”

“You’re right,” he said. “it’s a violation of Einstein’s law of conservation of governorships. I’ll tell you what. If we don’t fix this, there will be a permanent anomaly in the system of causality, and the universe as we know it will instantly self-destruct.”

“Why didn’t the goddesses warn us?” I said.

“They’re goddesses! They can always create another universe.”

“What will we do?” I moaned. We had the entire weight of the human condition on our shoulders. The fate of the universe, as happens so often in movies, but rarely in our mundane world, now rested on the decision of one man.

“It’s very simple. I will sacrifice myself for the good of humanity,” said Sukhumband, setting his jaw into a heroic expression. “When the interviewer asks me, I will say I really wanted to go to Cambridge.”

“Of course! Anything for humanity.”

Never have I been prouder of my friend than on that day. I also have to admit that I was rather looking forward to getting the palace and the governorship.
He came out of the interview looking rather glum. “I couldn’t bring myself to do it,” he said, shaking his head. And he looked at me with those beautiful, trusting eyes. “You’re just going to have to save the universe instead. Besides,” he added, with irrefutable logic, “I am your phi.*”

The rest you know.

Cantabrigians have been saving the universe for almost a millennium, but only Oxonians, you see, really know how to govern the world. You don’t rule it by saving it. You rule it by having the intelligence, the farsightedness, and the charisma to talk other people into saving it for you. This secret knowledge is the peculiar provenance of Oxford, and for this, I salute her and ask that you all raise your glasses in a toast … to our slightly dotty older sister and all the brilliant men and women who have come from her.


*phi: a Thai word meaning older sibling. By custom, one must do everything they tell one to do.
Posted by Somtow at 10:23 AM