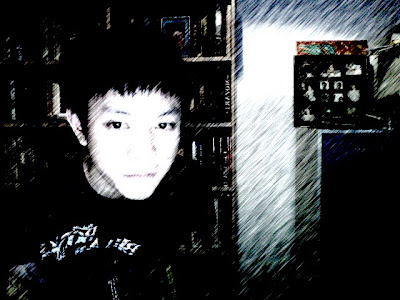 A year ago I talked in this blog about a kid named Jay who walked into our office for an audition. He turned out to have a very compelling story which you can read about in this old blog...

I want to tell those who wanted to know what happened to him ... last week, Jay auditioned for, and has been offered, a highly prestigious music scholarship to the Thai branch of the one of the world's top schools -- Harrow. This is a place that costs upwards of $30,000 a year to send your kid to, so it is an astonishing leap for someone who only a year ago was busking in the weekend market to put food on the table. All sorts of people chipped in to make this possible, notably Dr. Paul Beresford-Hill, former headmaster of Patana School (where I went to as a child.) He's also the proud possessor of a new violin which should hold him until someone sees fit to give him a Strad.

We're all quite stunned at how he has managed to pull this off.

Meanwhile, the child prodigy in residence, Trisdee, has been selected as young conductor of the year at the Rossini Festival in Rossini's birthplace, Pesaro and he's also going to conduct some performances of Cosi fan Tutte at the Opera du Rhin in France ... but in fact I have to say that he is no longer famous as Thailand's most brilliant musician under 25 (or even 50). The video he created on youtube has eclipsed all his classical music achievements, reaching 1000 hits an hour today and getting listed on world-wide top comedy lists. You can watch it below....
Posted by Somtow at 4:34 PM