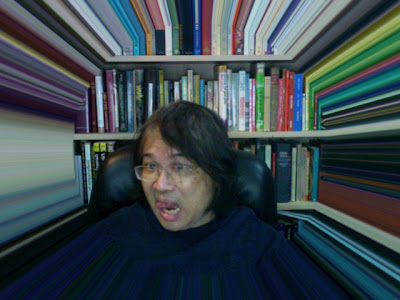 I must confess that I've found it slightly disappointing that my return from the grave -- or rather, the seven year writer's block -- wasn't greeted by tickertape parades in the SF community. Not surprising, really -- I suppose I should have expected it to be so. On two occasions during my writing career, I've had a hard time selling a novel. Each was rejected by twenty or more publishers. Each was eventually picked up by the kind of publisher one would least expect, and each eventually received a measure of critical and popular success far greater than might be expected from the trouble it gave me. I'm not counting my first novel, which also took a while to place, because a first novel is an untried thing. The two novels I'm referring to are Vampire Junction and Jasmine Nights. They are, in fact, my two most acclaimed novels.

I shouldn't really be surprised then that it's happening again. When my block broke, in mid 2007, I immediately turned in an overdue children's book, The Stone Buddha's Tears, to its contracted publisher, immediately sold three pieces of short fiction, and embarked on a huge fantasy trilogy. The children's book is in another kind of limbo right now, due to it being part of this series which the packager is having problems with. But really, I thought the fantasy trilogy would be in print by now. Instead it's giving me the same sort of troubles as my other two "breakaway" novels. Yet I can't help believing it is a huge conceptual and aristic breakthrough for me.

So, I am posting some installments of it at www.thedragonstones.com, a web page I've created for it, as a test. I've been giving readings here, and the reception has been unbelievable. Yet the New York publishing community remains unmoved. Perhaps I can get enough popular support from the posting, or I can persuade enough people to lobby the various fantasy publishers, or attract someone neither my agent nor I have thought of. Who knows?