The Wrath of the Gods - Part II 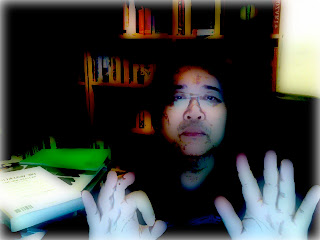 As we all know, the heavens opened up to wash away the blood hurled at the prime minister's doorstep last week.

Today, as arrest warrants were delivered (or at least attempted to be delivered), a venerated replica of the Emerald Budda statue, brought along to the red shirt demonstration as a iconic focus point, fell to the ground and split in two.
The red shirts were so horrified at this omen that they prevented photos from being taken, but the news just managed to get into The Nation's breaking news.
I don't know whether such an event — involving no armed forces or throngs storming TV stations, will even be a blip on CNN — but I imagine that all the talk amongst the general Thai public is going to be about what this means, and whether it's a bad omen for the government or for the opposition.
Do you remember when the oracle of Delphi prophesied that "a great victory would be won" but didn't say by whom?
I can already see the rival schools of religious punditry sharpening their rhetoric.  On the one hand, this could mean that Heaven is dismayed at the government daring to break up the forces of righteousness.   On the other, it could be a symbol to the reds that they have gone too far.  It is also clear that some will say this portends the splitting apart of the entire nation, if the Buddha symbolizes wholeness, unity, and concord.
This is the morning when the religious celebration of Songkraan has already begun.  In temples and shrines, images of Buddha will being washed.  The thirteenth is the "official" Songkraan, but many ceremonies start this morning.
How the splitting of the image will be spun is going to be a major undercurrent of how this all plays out.  Of course, the key players may never confess to the foreign press that they are influenced by something as superstitious as an omen, so it might never make it to CNN.
Posted by Somtow at 1:11 PM