How to Handel a Diva 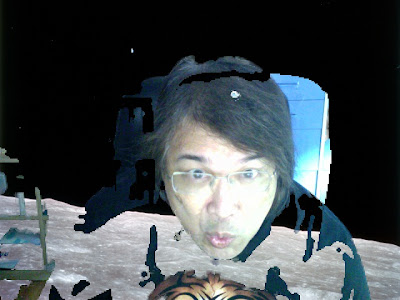 Tomorrow's the big day ... a concert with twenty sparkling Handel gems, celebrating the 250th anniversary of his death. We've got several of the greatest moments from Giulio Cesare, bits of Samson, Athalia, Berenice, Alcina, Solomon, and even Messiah. We've got singers flying in (using up the last scraps of our barter allowance from our sponsor airline) a chorus, two conductors, and a new venue .... so far almost everything that can go wrong has, but the music is so grateful to play that there's a very forgiving atmosphere.

The concert is in less than 22 hours and we're wildly correcting the parts ... the great countertenor Michael Chance once told me that my house is like Handel's house must have been in the 18th century ... opera as a cottage industry ...

The much-loved Nancy Yuen flew in last night and, a 1 am, awoke me from my deathbed to tell me she needed to move hotels because she was being attacked by insects ... with other people this might have been a mere diva attack, but Trisdee went and took photographs of all the different species crawling around the bed ... she was hustled into a Novotel in the dead of night....

The first rehearsal was chaos from which emerged from which there emerged a vaulting, cosmic sense of order – like Handel's music itself, which seems at times to be put together from nothing yetoverwhelmingly engages one's sense of awe. The musicians love to play Handel and don't feel imposed upon when overtime sometimes sets in.

Today there is a four hour rehearsal before the concert, which lead me to suspect that there will be confusion in the concert itself ... we'll see!
Posted by Somtow at 9:38 PM