When did the PAD lose me? 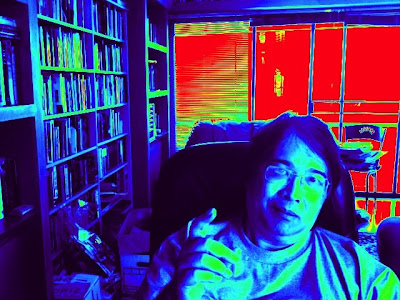 Anyone can edit Wikipedia, but I was once astonished to read, in the entry about myself, that I am a "harsh critic" of the Thaksin regime. I am in fact almost absurdly apolitical when it comes to politics in this country. In fact, I decided to edit that entry myself, removing the word "harsh". Yes, I confess, I have tampered with my Wikipedia entry (I've corrected other mistakes too, like the one about the Swiss boarding school ... I think they had me confused with far more blue-blooded members of the Thai aristocracy.)

Although it was fine, just, and fair to call the Thaksin government to task on corruption issues, there were much more serious issues, and ones that didn't involve the pot calling the kettle black. The extrajudicial killings of alleged drug dealers, the heavy-handed suppression of Muslim dissent, and the misuse of libel laws as a means to silence press opposition were all specailities of the Thaksin regime, whereas corruption and vote-buying were common to all. The Thaksinites were just better at it.

Still, I always did sympathize with most of the PAD's grievances. Civil disobedience has always been a useful tool ... look at what Gandhi achieved. And their protests were a lot of fun, with great music, delicious food, and fine, fiery rhetoric. Everyone in my family went. My nephews had their pictures taken with Sondhi, who is a fine gentleman who once put up money to help me make an art film.

They began to lose me when they suggested that the government be reorganized along less democratic lines, diluting the peasant vote with appointed members of parliament who would presumably safeguard the values of the intelligentsia. The point about the peasants being too uneducated to grasp the issues, and liable to be bought off, may contain an element of truth, but in a modern society, to say such things is simply not politically correct. You can absolutely NOT begin any political dialogue with the assumption that all humans are not equal. You may secretly believe it, but you have to have the political savvy not to simply state it blatantly. The minute you do that, it's all over in the court of international opinion.

The point could have been made subtly, and international opinion saved. For example, they could have suggested that a new system provide a larger investment in education for the provinces so as to inculcate in hoi poloi a greater understanding of the wider world. They could have proposed zero tolerance legislation on vote buying. There are all sorts of ways to say that you think the poor are too stupid to vote that don't make you look stupid.

But, there is also the alarming proposition that the poor might not be too stupid ... they might just have other priorities ... local priorities which you yourselves have been too stupid to research....

Still, I think they all realized that they had said too much, and they seemed to be backing off. And then this airport thing happens, and it is, to say the least, disappointing. Because it means that, after all, the opposition might be just as selfish as the people they are opposing, and that it is possible that neither side has the country's best interests at heart. I no longer think that any of you want to achieve anything meaningful for the country. For this joke of a government to declare that it must stay on in order to defend democracy is a joke. For the PAD to say that it has to defend democracy by disenfranchising non-members of the bourgeoisie is equally a joke. It looks suspiciously like another, very Thai thing ... neither party wants to lose face.

But no one is going to save face at this juncture. I think that all of you, pro and anti, should bite the bullet and realize that for things to get better, you will all have to agree to lose face rather than dragging the country down into the abyss. That you will all lose face is in fact now a given. Just face it and deal with it. You will all be the better for it, and the rest of us can get on with our lives.
Posted by Somtow at 12:12 PM