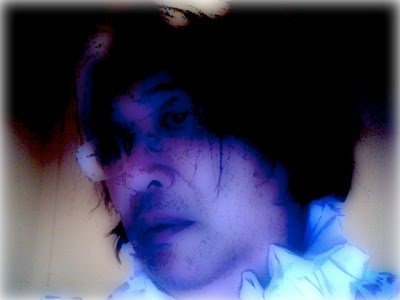 For a person who's been ordered to do nothing at all by my doctors, I'm still not quite getting it, and I'm afraid I've had a couple of sort of off-days ... nothing like the huge collapse of last month, but just a general tiredness. I think it's because I've been too frightened to attach myself to the breathing machine since that scare I had the other day. So, once again, no matter how much sleep I think I'm getting, I haven't really slept. Certainly there's been the return of the apocalyptic nightmares ... last night, for instance, an asbolutely indescribable one in which I was being forced to serve the sliced-off feet and ears of a Jew to a dog on a staircase. I think this is one of those Joycean punning dreams about monotheism (dog, of course, being God backwards.) They might have been my own feet and ears, actually. Isaac Asimov once told me I was too intelligent not to be Jewish. (My Chinese friends also say this about me, substituting the word Chinese.) Seriously, though, the nightmare probably comes because I'm writing a short story about the Inquisition.

Trisdee gave a little house concert. It rained violently, and many people cancelled; we ended up with about fifteen people, but it was a gorgeous and moving evening. For me, the highlight of the concert was Trisdee's rendition of John Lennon's "Jealous Guy," which he played and sang himself. A grizzled veteran of the covert war became so overcome with emotion he had to leave the room. When he came back, he said "They were playing that in the bar when Vientiane fell." When he shared this, it was absolutely overwhelming for me, and it brought back memories of that LP (which I wore the grooves out of when I was a teenager.) He also played Bach and Beethoven superbly, but we expected that.

Then Trisdee played a song he had just written that morning called "No one's perfect but me" (my sentiments exactly).

The next day I really felt the effects of the sleep disorder pretty badly and I had to attend an opera admin meeting (because in order for the opera to run by itself, it has to first be told how). I barely survived it, and I missed an important reception at the British Embassy because I was feeling so hideous. But by about 9 pm, I was waking up, and a Dr. Klaus Billand, from Vienna, showed up to interview me about Wagner. Now there is a fan. "I've seen 65 productions of The Ring," he told me.

When I said to Trisdee later, "He's seen the Ring 65 times," he corrected me. "I've seen 65 different productions," he said. "Of course, I've seen the actual operas hundreds of times."

By then it was 11 pm and I was wide awake; there was a midnight show of Harry Potter 5, it was the opening night, so I thought, what the hell again, and Trisdee and I went to it, sitting in the ludicrously luxurious "Emperor Circle" for $8. (these chairs are like airplane first class chairs, and they serve you drinks at a little side table -- I explain this for my friends who aren't in Thailand, because unless you have actually been in one, you cannot imagine the luxury level of a premium seat in a Thai movie theatre. Comparing it to a tube theatre in an L.A. mall is like comparing a glass of Moet Chandon to a cup of Denny's coffee.)

I'm forced to confess I really liked this installment. It was, indeed, better than the rather rambling and shapeless book. I had sort of planned to take a nap at it (the luxury seats are like airplane first class). But I stayed awake all the way through it. This is a major compliment coming from my advanced state of ennui and my current illness.

And there it is, 24 hours in my doctor-imposed work-free life. I haven't used the machine yet since that night; I'm still nervous. My friend Bill lent me a battery thing that will kick in for 30 minutes. The trouble is, if the power snaps in this house, I have to physically reset the switch, so if Bill's machine kicks in, it will merely delay my demise for 30 minutes....

By the way, my most recent published story which came out a few days ago can be found here.
Posted by Somtow at 2:04 AM