Not the Best Timing 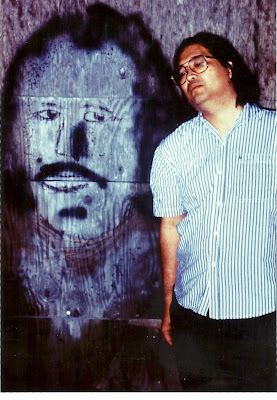 I was in a taxi yesterday and the taxi driver was glued to the radio news.  It was being reported that that new rules were being added to the regulations for the King's Birthday amnesty, an event looked forward to every year by jailed criminals in Thailand who hope for an early release. The radio reported that a small, secret cabinet meeting had been held and the rules had been changed so that those convicted of corruption would be eligible for amnesty.

In the past, the big annual royal amnesty has excluded drugs or corruption cases.

A special provision was also added allowing those over sixty, with less than a three year sentence, to receive amnesty.

The Prime Minister was conspicuously absent from this cabinet meeting, citing travel difficulties and saying that she had no clue what had been discussed, according to this morning's papers, which I have been reading to confirm whether I had merely misheard the radio report.

The papers added that officials were removed from the room when this matter was debated and that the official press release omitted details, so one is not entirely sure where this news is coming from.

Such blatant obfuscation can mean only that such a ruling is intended to benefit only one person, though one questions how that person can receive an amnesty at all when he hasn't even been to jail yet.

The rehabilitation of Thaksin is an important aim of this government but I would submit that this is very lousy timing.  We're in the midst of a national disaster right now and the prime minister isn't looking good.

If Thaksin is to have a warm, fuzzy rehabilitation, not a fractious one that will set off more riots, I think that he should simply go to jail for a while.  It need not be a long time, it could be just symbolic.  And you know that jail for a former PM isn't going to be about eating cockroaches and lying on concrete floors.  Nosiree!  "Egalitarian" is not a word that applies in a Thai prison!

For years now, his media handlers have been playing the Gandhi-Aung San-Mandela card — the noble freedom fighter leading the disenfranchised toward democracy.  It's not a description that bears much resemblance to reality, but going to jail would lend it a lot of credibility.  Those three great human rights leaders did go to jail — for years at a time — because of their beliefs.  (Of course, corruption isn't a belief per se, but by the time the handlers get through with it, it could be.)

A few days in jail and people will be eating out of Mr. Thaksin's hand, and his opponents won't be able to say much without seeming ungracious.

There is no need for legislation disguised in general terms that "happens" to give him amnesty.  No need for secrecy.  As soon as even one day in jail is spent, the moral high ground becomes accessible ... with some difficulty, but that can all be smoothed out with the right spin.  Once that high ground is within reach, a "special case" amnesty for one person can be possible without juggling around with His Majesty's birthday amnesty, which is intended to help thousands of unfortunates rebuild their lives.  Indeed, making the birthday amnesty be about one person will ruin the entire thing.

It is rumored that Mr. Thaksin pays $1 million a month to a lobbyist firm in New York.  I'm a lot cheaper, and I think my advice is better.

How cheap am I?  Well, you can start by appointing me Minister of Culture!
Posted by Somtow at 12:17 PM